Boakye was Not Under Contract — Kotoko 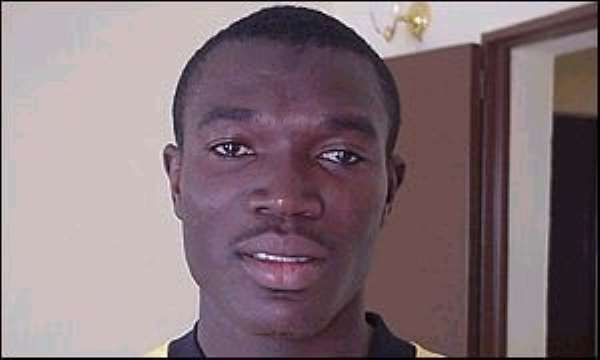 As supporters of Fabulous Kumasi Asante Kotoko try to come to terms with the sudden departure of their intelligent striker Isaac Boakye to Germany over disagreement with Coach Razak on player selection, the Interim Management Committee (IMC) of the club has confirmed that Boakye was not under any "strict' contract with Kotoko.

IMC vice chairman, Nana Yaw Owusu, told the Graphic Sports in an interview at the weekend that the situation notwithstanding, Kotoko have a stake in the transfer of the player to any other club, be it in Ghana or outside. "We are duly entitled to transfer fees without which he cannot play for any other club", he noted.

Boakye did indicate in his interview with a radio station in Kumasi last weekend that he was not under any contract with Kotoko and was leaving because of the persistent and deliberate efforts by Coach Razak to frustrate him, by either pulling him out of matches or starting him from the bench.

Razak has already denied the allegation and indicated that he bore no player in the club any grudge. Nana Yaw Owusu said in the interview that he was aware that former international Tony Yeboah who is Boakye's manager was arranging a contract for the player in Germany with a second division club but indicated that Boakye cannot play for that club without securing his International Transfer Certificate (ITC) from Ghana's FA.

He stated that the GFA could also not release the ITC to the player without due consultation with and consent of his last club, which is Kotoko.

This, he noted, puts Kotoko in a place to benefit from the transfer of the player. Nana Yaw Owusu explained that Kotoko could not enter into any serious contract with Boakye because at the time the IMC was renewing the contracts of some players Boakye was on trials in Europe.

According to Nana Yaw Owusu, the IMC was aware of Boakye's complaints that there was a deliberate attempt by the technical team to sideline him. He, however, stated that the IMC was ready to resolve all differences only to realise that the player had left the club.

He said much as Kotoko needed Boakye to help the club in the national league and African Cup Winners Cup competitions, he still believes that his departure will not have any serious effect on the club's delivery. "Kotoko is always great and we shall continue to remain so", he stressed.

The vice chairman said Kotoko will never condone indiscipline because no single player is bigger than the club.

He refuted allegations that Boakye's displeasure and departure were as a result of the increasing attention on Charles Taylor by the powers in the club. Nana Yaw Owusu said in professional football players play to earn a living and they have to do it with all seriousness.

The IMC vice chairman said Kotoko is determined to win the league this year and there is no turning back He noted that there is absolute peace in the team and the players are very focused.

He appealed to the supporters to bear with the team when the going gets tough in matches, saying that what is important is to get the three points and the players are going to do exactly that.