We will win the CAF Champs league: Emmanuel Clottey 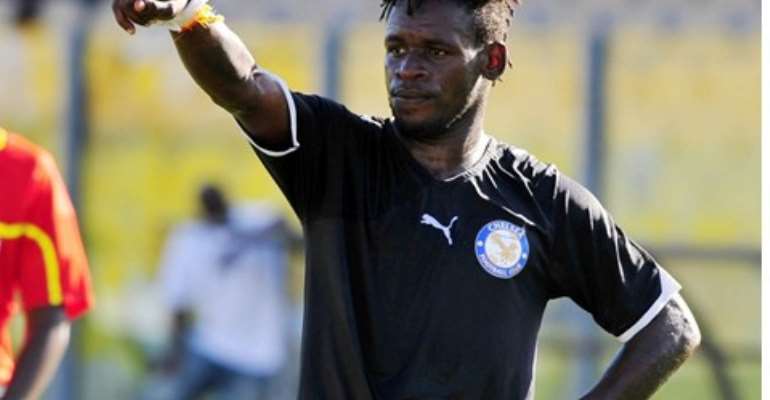 Berekum Chelsea striker Emmanuel Clottey is confident his side can clinch the CAF Champions League title.

The dethroned Ghanaian Champions defeated Cameroonian side CotonSport 2-1 to qualify to the group phase of the competition on Sunday.

A goalless draw in the first leg in Berekum, two weeks ago, coupled with Cotton Sports' pedigree of often reaching the semi finals of the competition gave Chelsea slim hopes of qualifying in Garoua.

Striker Emmanuel Clottey opened the scoring at Garoua before Captain Abdul Basit increased the tally before the home side pulled one back.

According to Clottey, their win over Cotonsport has boosted their confidence to clinch their first ever African title.

“With the quality of players we have now, I strongly believe we will win this competition”. He told JOY Sports

“This is our first time playing in the Champions league and with the progress so far I'm confident we can win the tournament”.