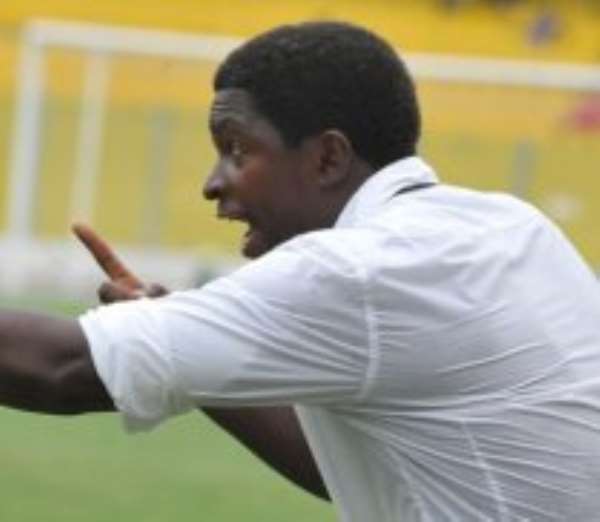 Maxwell Konadu The Ghana Football Association (GFA) has named the head coach of Kumasi Asante Kotoko as the assistant coach of the senior national team, the Black Stars.

Konadu’s appointment may come as no surprise to the football fraternity as he was highly tipped to partner the head coach, a similar role he successfully executed during the 2011 All Africa Games in Maputo Mozambique to win gold with the Black Meteors.

Also on board in the Black Stars back room staff is Nasam Yakubu who takes up the goalkeepers' trainer role, with Dr Adam Baba as the Team Doctor whilst Physiotherapist will be Col. Ofosu Anim.

Akwasi Appiah remains the head coach of the Local Black Stars and will be assisted by Dauda S. Lutterodt, with the goalkeepers' trainer as Jerry Adjei, whilst Dr Chris Adomako is the Team Doctor.

Allen Akaba will be the Physiotherapist as Zakari Abdulai takes up the role of masseur with Rashid Akrofi as the Welfare Officer, whilst Sherif Musah will be the Equipment Officer.

Orlando Wellington remains at the helm of affairs of the national under-20 team, the Black Satellites with C. K. Akunnor as his assistant.

Veteran coach Malik Jabir will head the technical team of the national under-23 team, the Black Meteors with assistance from Abdul Karim Zito as John Abeka becomes the goalkeepers trainer.

James Kuuku Dadzie will still be in charge of the Black Queens with Yusif Basigi as his assistant, as Cudjoe Addo takes up the role of goalkeepers trainer.

Dr Mabel Amoah will be the Team Doctor with Betty Ntwo as the Physiotherapist, whilst Cecelia Laast will be Masseur.

Adwoa Agyeiwaa and A. Ofori Amoafo are the Welfare and Equipment Officers respectively.

In the camp of the Black Princesses, Robert Sackey and Ben Fokuo have kept their roles as head coach and assistant, with Dora Zutah as the Goalkeepers trainer.

Ghana not likely to get next batch of COVID vaccines until m...
34 minutes ago