Muamba dad: I vowed that I would protect Fabrice for the rest of my life 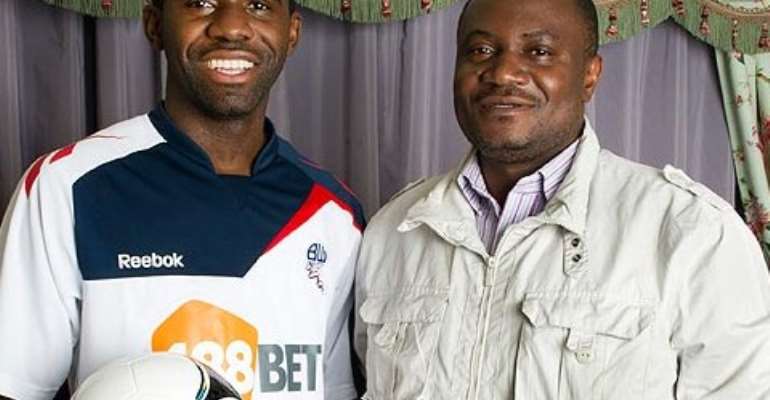 'Special bond' ... dad Marcel endured jail but was determined to give Fabrice a better life.

Heat drama football star Fabrice Muamba's dad Marcel has spoken of his determination to give the lad a brighter future — after his own years of torture and repression.

Marcel, now 45, raised Fabrice as a single father after he was born out of wedlock in Congo, central Africa, to a deeply religious student called Jeanine.

He recalled: “I agreed to take on the responsibility and the first time I saw Fabrice I knew there'd always be a special bond between us. To have brought a human being to life was magical. I vowed I would protect him for the rest of my life.

“From an early age I began educating him — teaching him to read and write.”

Father and son were starting a journey that led to a glittering Premier League career for Fabrice, 24 — who miraculously survived a cardiac arrest while playing for Bolton against Spurs last month.

But that journey involved danger and pain for Marcel — and separation from young Fabrice.