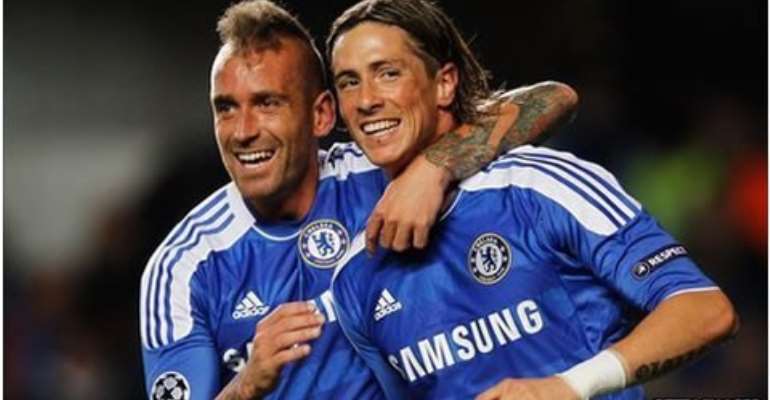 Chelsea stars are in line to pocket £10million in bonuses if they beat the odds and win the Champions League.

And the Russian billionaire has set aside the sum in incentives for his squad and interim boss Roberto Di Matteo.

Di Matteo is yet to receive an overall increase in the £1.2m-a-year salary he was paid as No 2 to sacked Andre Villas-Boas.

The final terms of his bonus is also still under negotiation.

But club insiders reckon the former Chelsea midfielder will receive £500,000 as a 'thank you' for turning around the club's season — even though it does not guarantee him the job on a permanent basis.

The backroom staff, too, will get extra cash for playing their part if Chelsea can hold onto their 1-0 first-leg lead and then beat either Real Madrid or Bayern Munich in the final.

Di Matteo has lost just once in 14 games since succeeding axed AVB seven weeks ago.

He has guided them to the FA Cup Final and his impact has been remarkable even though a top-four finish in the Premier League looks unlikely.