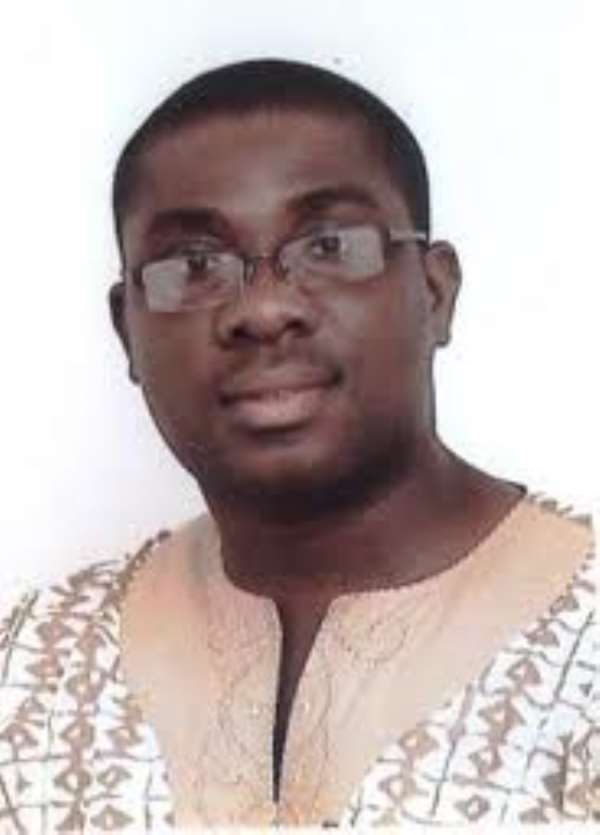 Just after the 2008 elections in Ghana, President Mills issued a communiqué that all MCEs and DCEs should remain at post until he had gone through the due process of appointing their replacements; this was the case for a lot of positions within state institutions. By this move, he incurred the wrath of his party foot soldiers and no mean a person than the founder of the party, former president Rawlings. His relationship with the founder of the NDC had since been strained up until now.

Irate foot soldiers of the party feeling they've been neglected by their leadership and for that matter the government, decided to take matters into their own hands. They embarked on a spree of unlawful take over and management of some public toilets and National youth employment offices, and accused the president of favouring the opposition at their expense by allowing appointees of the erstwhile administration to remain at post. These actions were condemned by all and sundry including the NPP, and rightly so.

All these agitations ostensibly, were due to the fact that when the NPP took over the reins of government in the year 2001, they embarked on a wholesale clear out of almost all persons known or perceived to be sympathisers of the NDC, that held prominent positions within state institutions; in fact, some of them were asked to proceed on leave and have since been on leave till today.

A practice which should not be allowed to continue if really we want our very young democracy to take roots; hence President Mills's departure from the status quo even at the expense of his relationship with the founder of his party, someone who arguably single-handedly catapulted him unto the political stage.

Even though his attempt in changing the culture of winner takes all in our body politics was not without flaws, we must appreciate that it was a marked break from politics as usual. It was indeed a novelty in our body politics, which all well-meaning Ghanaians especially the youth, must demand that successive governments perpetuate and actually entrench if the roots of our young and tender democracy are to hold.

It was therefore worrying when a recording popped-up on 18 April 2012, in which Sammy Awuku, a Deputy Communication Director of the NPP was heard making the following speech to TESCON members, the tertiary institution wing of his party (NPP) in Koforidua:

''….As soon as the NPP is declared winners of the 2012 elections, those of you who have finished school and do not have jobs, should take positions. Do not call me to ask me where should I stand, just take positions….if it is a Metro mass office that is near you, take position, if it is NHIS, take position; because myself (Sammy Awuku), I am also targeting some files.

What Sammy Awuku is prescribing here to the youth of his party, in an institution of higher learning, could at best be described as 'infantile'. Regrettably, his learned audience, cheered what unfortunately only happens in a country in the aftermath a coup d'état.

If this is not a recipe for anarchy and civil unrest then I do not know what else it is. Sammy Awuku is effectively saying there will be a mad rush for positions without due process and order, a complete and utter disregard for the law, which inevitably will lead to confrontations and chaos.

It is strange - indeed, shocking and extremely worrying in that, this directive is coming from a deputy communication director of the NPP and a member of Nana Akufo Addo's campaign team, because, he is privy to information that ordinary members of his party do not have access to, hence this goes to the very heart of the truthfulness and credibility of the NPP as a Political party who claims that its intent for seeking the mandate of the people is to make their lives better.

This claim, per the import of Mr Awuku's speech is far from the truth. It appears they are an extremely avaricious bunch only interested in feathering their own nest; enriching the few within the inner sanctum of their party, by dint of their proximity to the leadership, at the expense of the poor who they aim to use as rungs of the ladder on which they will climb to reach power - only to kick the ladder off upon reaching the top.

Those youths who think this lot are going to be their saviour and are prepared to die for the course to bring them to power at all costs, must quickly revise their notes. Because, clearly Sammy Awuku and his cohorts; and in fact politicians in general are not worth dying for. If you do, you will not even be worth the coffin in which you will be buried, and your death will be a very foolish one indeed.

During the same speech, Sammy Awuku went on to charge the youth of his party to attack people who may attempt to snatch ballot boxes with pestles if they did not have licensed guns to shoot them with. As a law student himself, Sammy Awuku should have known that, the best thing to do in these cases is to ask them to report the matter to the police.

When Sammy Awuku was called to speak to these issues on both Joy FM and Radio Gold, he completely threw logic to the dogs and remained unrepentant.

As a youth and a literate one at that, whom I understand is reading law; one would have expected him to be measured and civil in his choice of words on all forums.

But that has evidently not been the case, as Sammy Awuku, Anthony Karbo (who promised Afghanistan if the NPP is not declared winners of the elections in 2012) and their likes continue to deliver extremely pugnacious speeches at every opportunity - with the intention of enlisting mindless allegiances and acquiescence amongst the youth of their party. More often than not, they also plunge serious political discussions into concert hall burlesques with their bizarre logics; by throwing in some ridiculous anecdotes of some suffering Ghanaians they claim to have met, a stock in trade they are perfecting by the day, but clearly cutting no ice with the discerning populace.

Now, what Sammy Awuku and people of his ilk at different ends of the political spectrum must realise is that, the positions they occupy in their respective parties is not because of their brilliance or intelligence but rather by dint of their association and activeness in their parties. They clearly have not been endowed with two heads, neither are they cleverer nor better than the rest of us, such that people should be killed or maimed for them to achieve their selfish parochial political interests. It goes without saying that, Nii Lantey's belligerent posturing in Odododiodio; no matter how legitimate his concerns may have been, he needs to be condemned in equal measure.

Sammy Awuku, evidently is a youth but chronologically speaking one of the biggest dinosaurs ideologically in his party; and must be condemned by all right thinking Ghanaians. What are the civil society organisations waiting for before they speak up, another arrest? Our security agencies must be up and doing; and the judiciary must seriously get their acts together. The likes of him should have no place in the political arena. It is frightening to think that he and his likes may be the future leaders and politicians of our dear nation.

Are these people really the paragons of the rule of law, as has been their posture over the years? They lay claim to the rule of law and yet repudiate it. They hold themselves out as emblems of salvation- politically, socially and above all economically in public when in fact they are the exact opposite in private. One is actually what he or she is in private, and I believe this has actually exposed inter alia what their real intentions are for seeking power.

'We must be very discerning as a people, because we are in grave danger of prescribing the disease as the cure for our ills as a nation, come December 2012'.