Glo premier league: McCarthy out for the rest of the season 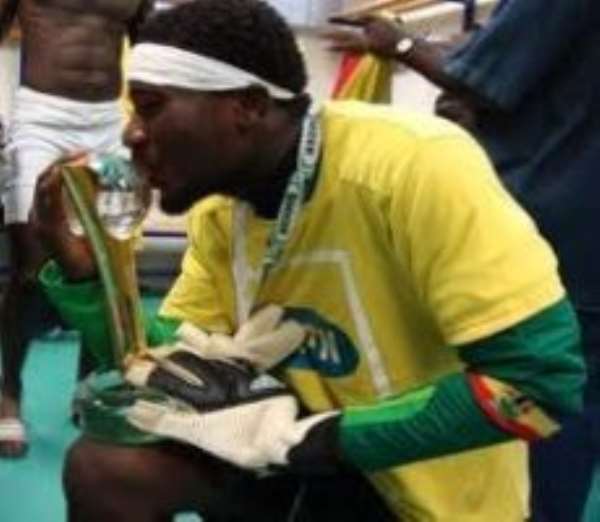 Philemon McCarthy picked a finger injury on Sunday in a 2-1 defeat to Kumasi Asante Kotoko at the Baba Yara Stadium in the Super Clash. A thunderbolt of a shoot from Kotoko's midfielder Daniel Nii Adjei splitted his middle finger which he failed to continue the game and was quickly replaced by second choice goalie Sammy Adjei.

An X-ray conducted revealed that the former Fetteh Feyenoord goalie had no fracture on the injured finger but will have the finger stitched.

Meanwhile second choice goalie Sammy Adjei takes over the remaining six matches till the end of the season. Hearts of Oak are now third on the league table with twelve points behind arch rivals Kotoko and Ashgold