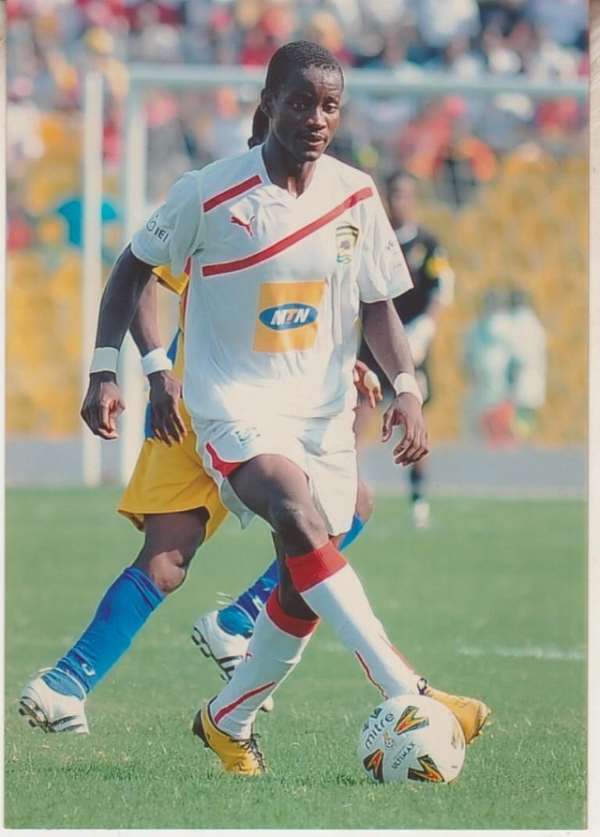 Kumasi Asante Kotoko's new-found midfield 'marshal commander' Michael Anaba says he will do everything within his power to making sure that the rainbow colours do not fly up high in the sky as the red army brace up to march the phobian's for a ninety minutes soccer fiesta at the Baba Yara Stadium tomorrow.

“We know the phobian's will come with a sense of grabbing the three points at stake because their position on the table hasn't been stable for quite some time now but trust me we are ready for them so they can do all the talking. As for me I don't enjoy talking too much. My is on the field of play so let them bring it on “, Anaba told www.lloydsplaza.com

Anaba who met Hearts for the first time in the Ghana Premier league in the 2009/2010 season when he stared for the then Swedru All Blacks to beat Hearts at the Accra Sports Stadium saids he respect Hearts but certainly not on the field of play because they don't have anything to scare him.

“I'm going to fight throughout the ninety minutes when given the opportunity to star in tomorrow's game. I know our cherished supporters are going to fill every corner of the stadium and we also have to make them proud by giving them what their heart desire for which is a win over the phobian's”, Anaba said.

The former Windy Professionals player saids his best is yet to come and he would entreat the loving supporters of Kotoko to continue showing their love for him and also remember to say a prayer for him any time they bend down on their knees in the presence of the Almighty.