Agbeko primed for Domingo showdown on May 26 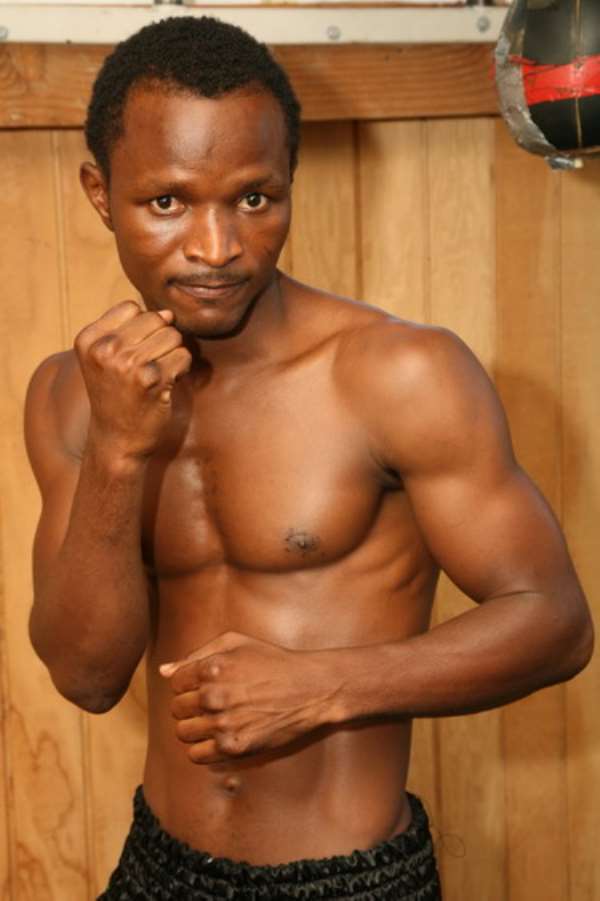 The 32-year old has been offered yet another opportunity to win his second world title belt and he tells GNA Sports that he will make the most of the golden opportunity when he battles it out with the Filipino at the El-Wak Stadium.

Agbeko said staging the bout in his home country provides him with the perfect opportunity to make amends after successive losses to Mexican Abner Mares last year.

“This is the perfect opportunity to start all over again and I want to start from here (Ghana),” Agbeko last fought in the national capital five years ago.

Domingo, 32, boasts of an impressive record of 44 wins and 16 losses from 62 fights; whilst Agbeko, whose fight tally equates half of his opponent's total remains upbeat of stopping the Filipino nicknamed “Bruce Lee”.

“As a former World champion, I'm more experienced than him (Domingo). It does not mean that I disrespect him. He has fought more times but the fact that I have won the world title before gives me an edge.

“He (Domingo) has never won a world title and facing me presents him a chance to win one. Psychologically, I'm better than him but the most important thing is to prepare very well for the fight,” Agbeko said.

The Bill dubbed “Now or Never”, is being put together by Golden Mike Boxing Promotion Syndicate with support from the Ghana Boxing Authority (GBA).

Mike Tetteh, CEO of Golden Mike Boxing Promotions said at a press briefing in Accra on Friday that his outfit has relocated the bout from the Accra Sports Stadium to the El-Wak Stadium “due to strategic reasons”.

He has assured of an incident-free championship as they host their seventh world title fight since joining the promotional ranks of Ghana boxing.

This will be the first time a world title fight is being staged in Ghana since the legendary Azumah Nelson beat Brazilian Sidnei Dal Rovere on December 10, 1988 at the Accra Sports Stadium.