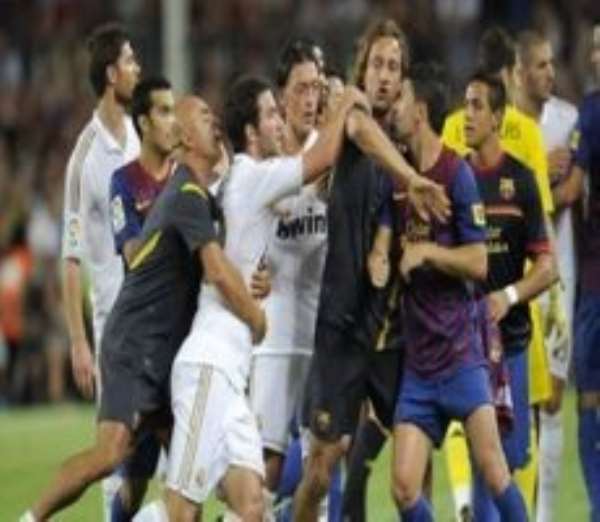 Barcelona's game with Real Madrid at the Camp Nou has been brought forward by a day to April 21, the latter have confirmed.

The El Clásico clash, which will take place between the two legs of the UEFA Champions League semi-finals, has been moved from Sunday to Saturday.

Barcelona travel to Stamford Bridge to face Chelsea in the first leg of their last-four meeting three days earlier on Wednesday, April 18, with the return fixture on Tuesday April 24.

Real face Bayern Munich in the other semi-final on April 17 and 25.

A statement on Real's website yesterday read: "Real Madrid will face Barcelona at the Nou Camp on Saturday, April 21 at 2000 in the 35th round of the season."