Confusion galore at GFA over billions of cedis "kickback" 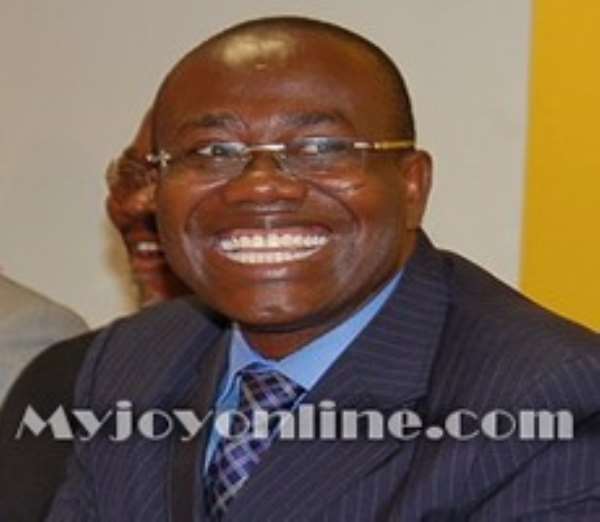 Even before the Ghana Football Association (GFA) could explain the controversy surrounding the dismissal of the former coach of the Black Stars, Goran Stevanovic, and the astronomical compensation being demanded by the latter, the FA has yet; embroiled itself in another controversy.

The decision by three of its executive members to write officially to the very association they serve, seeking its mandate to broker a sponsorship real for the football governing body, and the subsequent remand of 15% of the sponsorship real, has been met with public uproar.

Players in the industry have raised serious concerns about the possible conflict of interest, and have asked the FA to stop the three members from using the association to pursue their financial interests.

On September 15, 2011, the three wrote a letter to the FA using a company which was formed in 1983 to real in general goods. The import of the letter was to seek the consent of the GFA for them to use their company to seek sponsorship for the Black Stars.

This follows the official pronouncement by mining giants. Goldfields Ghana limited that it would not renew its $3 million sponsorship package for the senior national team.

Upon receipt of the letter from the three executive members, the GFA summoned an emergency committee meeting, and after discussing the issue, surprisingly consented to the real and subsequently wrote back to their three members who head various sub-committees of the FA to go ahead and seek the sponsorship for the Black Stars.

With the letter of consent firmly, tucked into their pockets, the three, whose names The Chronicle has withheld, wrote a letter to the Ghana National Petroleum Corporation (GNPC) asking for a $5 million sponsorship package for the Black Stars. The Chronicle also gathered that the three FA officials were not directors of the company that was formed about 30 years ago. They only became directors after the FA had given the co9troversial company: a consent letter to negotiate for the real.

The GNPC was said to have consented to the real, but before they could put pen to paper to cement the contract, the Board Chairman of the GNPC, Mr. Ato Ahwoi, came out strongly at the weekend to deny that the three FA members brokered the real, and were therefore, entitled to a percentage of the sponsorship money, which is $3 million annually for 3yrs.

Ato Ahwoi's decision followed public outcry against the real, especially, the huge percentage that is going to the three FA executive members, who apparently, got hint of the intention of the GNPC to sponsor the team, and quickly wrote a letter to the FA seeking its mandate to look for sponsorship, and the follow up letter they sent to the state owned company.

Mr. Ahwoi, who has been in football management for years, told the various radio stations in Accra that so far as his outfit was concerned, the decision to sponsor the Black Stars was not brokered by any third party for an agency to emerge that it should be paid a percentage of the real.

According to Ato Ahwoi, a former board chairman of Accra Hearts of Oak, when the information got to them that Goldfields was no more going to sponsor the Black Stars, he personally called the FA President, Mr. Kwasi Nyantekyi, that the GNPC would be interested in taking over the sponsorship.

Ahwoi further told listeners that Ghana had now struck oil in commercial quantities, which is raking in revenue to GNPC and the state, and for the people benefit from the windfall, they decided to sponsor the Black Stars, since football is the passion of this nation.

According to him, in all his dealings with the FA, he did not come into contact with any third party, and was, therefore, surprised at reports that it was an agency that brokered the deal.

He reiterated his position that all the sponsorship money must go directly to the Black Stars, and that any attempt by an agency to take a percentage out of it would compel his outfit to withdraw from the sponsorship.

The President of the GFA, Mr. Kwasi Nyantekyi, confirmed in an interview with Happy FM that the FA was in talks with the GNPC to sponsor the Black Stars. He, however, said no real had been brokered yet.

The image of the senior national football team sunk so low in the late 80s, 90s early 2000 that no corporate body was interested in associating its brand name with it.

However, when the current FA President took over the administration of football in the country, the image of the Black Stars changed, resulting in its first qualification for the World Cup in Germany in 2006.

The team repeated the dose in 2010, by appearing for the second time in the world football fiesta in South Africa, where the players dazzled the world with the Ghanaian brand of football artistry.

The telepathic understanding among the players, coupled with carpet soccer and delightful distribution of the round leather on the green turf, endeared the hearts of football connoisseurs.

This has attracted many corporate bodies to now associate themselves with the Black Stars, but why the GFA did not instruct its marketing and sponsorship committee to write the letter seeking sponsorship for a brand that has become so attractive, and has to rely on a third party, who are also members of the FA, remains a puzzle to be resolved.

Already Mr. Goran Stevanovic has reported the FA to FIFA, claiming over $800,000 compensation following the former's decision to dispense off his services.

Marcel Desailly, the Ghanaian born former French captain, who has invested heavily in the country, is likely to succeed Goran, but his monthly wage bill, which could ran into thousands of dollars, has not been made public, since talks for the World Cup winner to take over the national team have not been concluded.