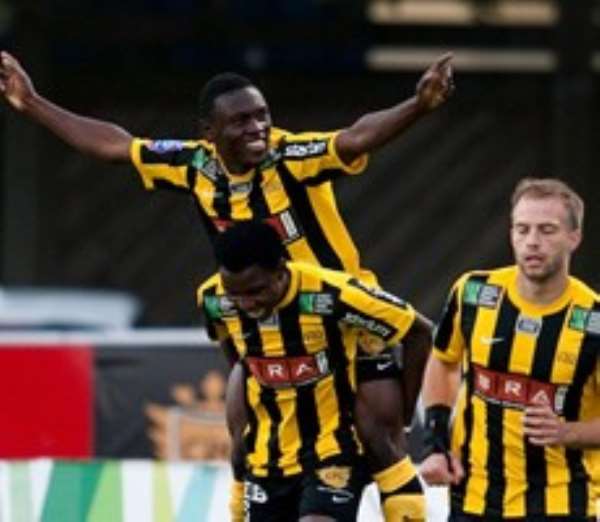 Ghana striker Abdul Majeed Waris hit a double for BK Hacken in their 5-0 demolition of Malmo FF in the Swedish top flight on Saturday.

The 20-year-old increased Hacken's lead in the 24th minute before making it 4-0 four minutes after the break.

The stocky forward robbed Malmo defender Pontus Jansson off the ball and raced clear off before rounding up the goalkeeper to slot in an empty net.

Congolese forward Rene Makondele who also grabbed a double in the game picked out Waris at the edge of the area.

The former Right to Dream Academy graduate turned his marker inside out before firing a diagonal effort to an acute angle for his second on the afternoon.

The brace has taken him to the joint top scorer position with two goals from two matches.

Waris made his Ghana debut in February during an international friendly against Chile as a second half substitute.