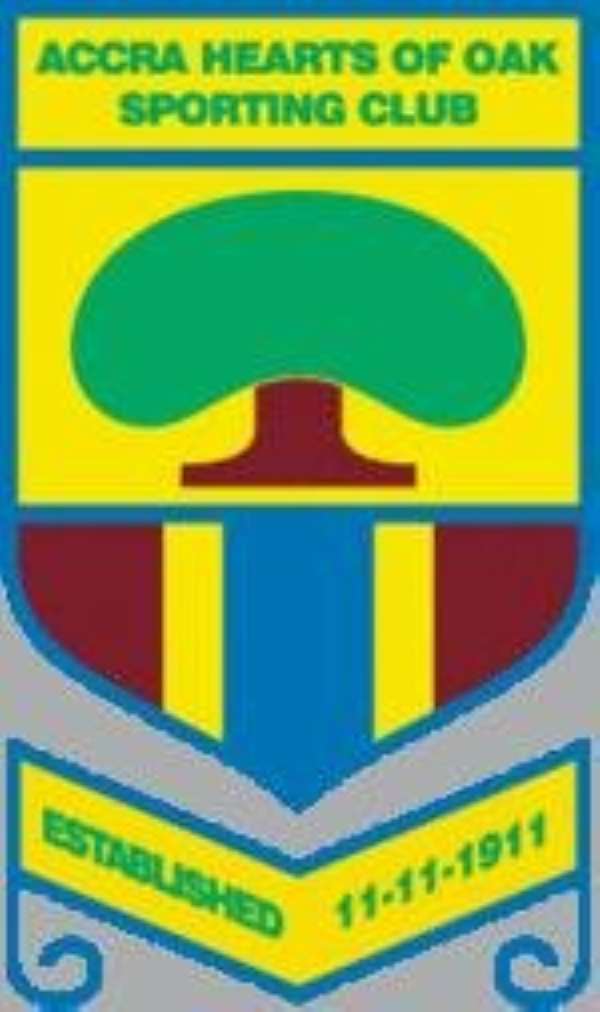 Accra, April 4, GNA - Accra Hearts of Oak Sporting Club has been declared winners in a long standing dispute with lower division side, Kintampo Sharp Arrows after the latter failed to make an appearance for their round of 64 FA Cup Competition match at the Sunyani Coronation Park.

According to the Disciplinary Committee of the Ghana Football Association (GFA),

Sharp Arrows forfeited the game after failing to make appearance for the match even though they participated in the pre-match technical meeting at 11:00 a.m on the match day.

The Committee said after a hearing attended by both teams on 23rd March 2012, it came to a conclusion that Hearts are declared winners and awarded with three points and three goals, in accordance with article 34(1)h and 34(3) of the Regulations.

In addition, Sharp Arrows shall pay a fine of GHc 250.00 of which 50% shall go to Hearts of Oak as stated in 34(5)b of the Regulations, but that Hearts will not be entitled for a reimbursement of the expenditure incurred for the match, because they have been declared winners.

By this decision, Hearts of Oak has advanced to the next round of the competition and will now meet Dunkwa United on a date yet to be fixed by the FA Cup Committee.