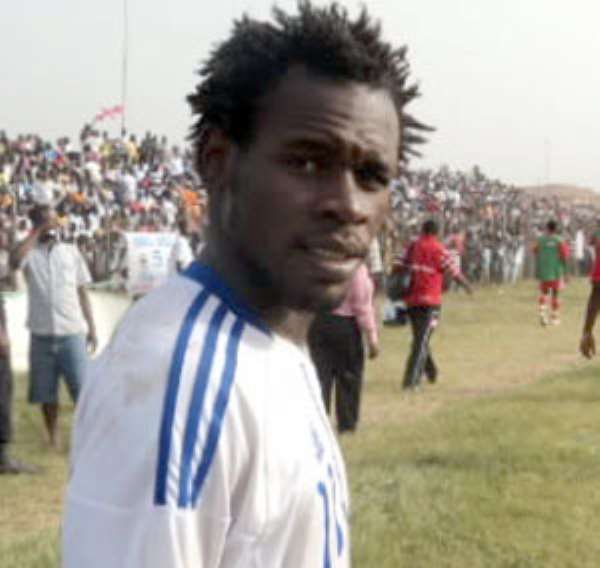 Berekum Chelsea striker Emmanuel Clottey has been named the 8th best striker in the world so far this year, surpassing the likes of Cristiano Ronaldo of Real Madrid.

According to the International Federation of Football History and Statistics (IFFHS), the home-based striker has now been named Africa's best marksman so far this year.

His five goals in international competitions catapulted him to the 8th position which he shares with Bayern Munich's Mario GÃ³mez and Dorlan Mauricio PabÃ³n.

The statistics were based on the number of goals scored by players for their national team, club sides at continental level in this calendar year, a period within which Clottey has really flourished.

IFFHS takes into account the number of goals the player has also scored for his country.

Clottey hit a brace in their Champions League clash against Liberian side LISCR and followed that with a hat-trick against Raja Casablanca.

The Berekum Chelsea striker failure to get a national team call-up affected his ranking because of the seven players he tied with Gomez and Pabon had not scored for their countries.

Clottey beat the likes of Neymar, Salomon Kalou and Sergio Aguero who are all on four goals.

Akufo-Addo appoints UG pollster as Director of Research at t...
50 minutes ago

Muntaka has defamed all Supreme Court judges with bribery cl...
50 minutes ago