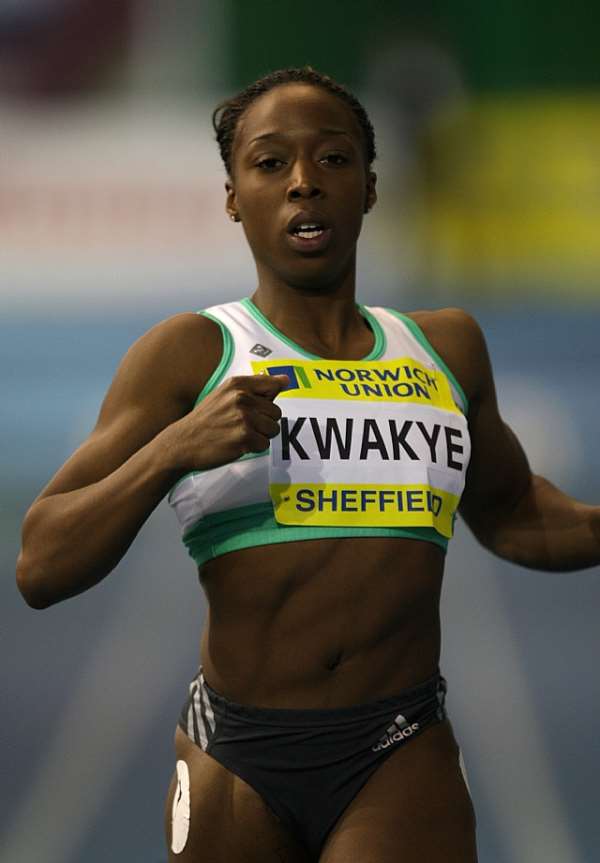 London, 27 March, 2012 - TEAM GB sprinter Jeanette Kwakye is the official Ambassador for the Ghana UK based Achievement Awards 2012 (GUBA). The London 2012 Olympic hopeful was nominated by the GUBA 2012 committee.

The 100m & 200m sprinter, born to Ghanaian parents, was elated to be nominated and expressed shock and gratitude at being the first to take on the inaugural role, as an Ambassador for the prestigious awards.

“I was a member of the original GUBA team in 2010, and had to become dormant due to my professional requirements. I am truly honoured to be a part of an event which represents my culture and my people again. GUBA highlights the achievements of the growing number of successful Ghanaians in the UK and it is indeed a pleasure to be recognised by the committee.” said the 29- year-old track star.

Jeanette, who will be one of Europe's biggest female sprint hope at the Olympics this summer, started her athletics career at the age of 15, landing her first national title at the 1997 English Schools' Championships.

She went on to study politics and economics at Loughborough University, amassing several national and international medals during this period.

In 2007 she became the British 100m champion, a title she defended in 2008. Jeanette is currently the fastest woman in British sprint athletics.

GUBA founder Dentaa said: “This year we are aiming to involve the wider African communities as we attempt to gain international recognition.

“We couldn't have asked for a better ambassador, especially with the London Olympics around the corner.

“Jeanette has been making her mark in British athletics and embraces her Ghanaian heritage - she represents what the GUBA Awards stand for.

“GUBA is now in its third year - as founder, and with the help of my team, we are keen on making the awards bigger and better in 2012.”

This is the first year that GUBA has appointed an ambassador, who will help highlight the aims and objectives of GUBA to both national and international audiences.

In previous years Ghana international and Leicester City footballer John Paintsil has been an avid patron.

In recognition of Jeanette's new role, the GUBA organising committee will be organising a special Olympic event in her honour. This date will be announced soon.