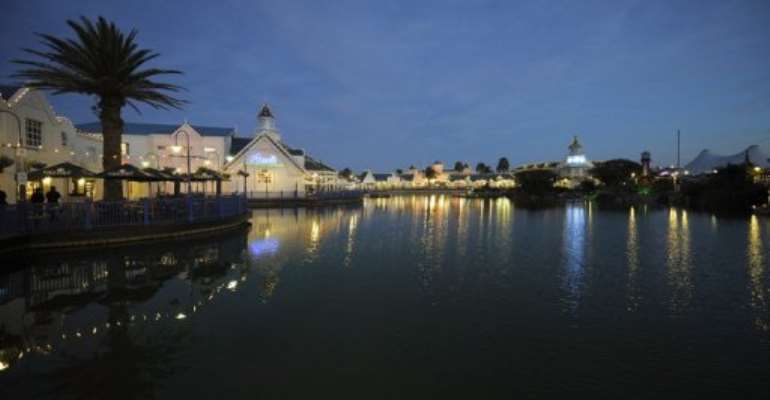 A view of Port Elizabeth, where the beach has been closed to bathers. By Gianluigi Guercia (AFP/File)

JOHANNESBURG (AFP) - Six South African rugby players from a local club in Port Elizabeth are feared drowned after a rip-current pulled 21 people out to sea at the weekend, rescuers said Monday.

One body has been recovered and five others are presumed to have drowned, all of them members of the Motherwell Rugby Football Club, the National Sea Rescue Institute said in a statement.

They were among 21 people swept out to sea on the country's south coast on Sunday, when the team jumped into the sea to cool off after practice, it said.

An Air Force helicopter, a police diving unit, lifeguards and search dogs were still combing the coast on Monday searching for the five missing men, believed to all be in the 20s, it added.

"Seven Blue Water Bay Life Saving Club lifeguards, five who were on duty at the beach at the time and two who had run to the scene from their duty post further down the coast, have been commended for rescuing 15 people in this incident," spokesman Craig Lambinon said.

"Some of the lifeguards rescued up to three casualties at a time."

The beach has been closed to bathers.