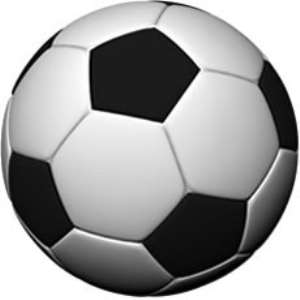 Asante Kotoko is on course for the double this season after beating Sekondi Hassacas 1-0 with a Kofi Nti Boakye strike in Kumasi yesterday to reach the round of 16 in the ongoing MTN FA cup.

Kotoko's impressive form this season keeps them top of the premier league with a nine point lead and progress from the round of 32 of the MTN FA Cup keeps them on course for the two titles.

Heart of Lions beat Tarkwa United 1-0 in Kpando to progress too. Lion's campaign in the premier league is one they would want to forget quickly because of mixed results as they currently lie in 10th place and 15 points adrift leaders Kotoko.

First division side Inter Allies became the first lower division side to progress to the round of 16 after beating Berekum Arsenal 4-2 at the Tema park yesterday.CEO of the club Delali Senaya tells JOY Sports his delighted at his team's progress.

“I'm happy we have qualified to the next stage and we are looking forward to emulate what Nania FC did last year”.

Meanwhile, New Coach of Berekum Arsenal Sam Yeboah explained to JOY Sports his side was not keen on winning as part of plans to save their premier league season which is shrouded in relegation.

Sporting Mirren also booked a place in the last 16 after demolishing Kumasi based division one side Asokwa United 4-0 in their encounter played at the St Thomas Aquinas Senior High School here in Accra at the weekend. WA All Stars and SC Medeama, Ashanti Gold, and Chelsea all progressed.

A date for three fixtures in the Round of 32 involving Yegoala fc vs Edubiase or B.A. United, Sharp Arrows or Hearts of Oak vs Dunkwa United and Danbort vs B.A. Stars or Kotoku Royals has been postponed as the MTN FA cup committee plan to fix a date following the resolution of the legal issues.

Let's Avoid Second Wave Of COVID-19 By Following All Protoco...
17 minutes ago