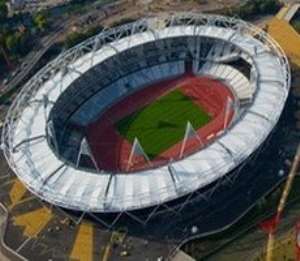 LONDON – The Mayor of London, Boris Johnson, has urged the UK and world's media not to miss out on the opportunity to cover what is set to be an amazing summer of sport, culture and art in the capital.

With just under one month to go before the deadline for registrations at the world class London Media Centre (LMC) which is in partnership with Visa, journalists are being encouraged to sign up to get the most out of what will be a 50 day programme of specially organised media events that will show the best of what the capital has to offer.

The LMC, with support from Visa, will host up to 6,000 media representatives, will open from 9th July through to 14th August 2012 for the Olympic Games and from the 27th August to 10th September 2012, for the Paralympics Games.

As well as giving members of the press the chance to cover the Games themselves, the LMC media programme will highlight the raft of activities, featuring top athletes and celebrities, that will be taking place across the capital as well as throughout the UK during the London 2012 Olympic and Paralympic Games.

The free to register media centre already guarantees members of the press use of an iconic physical working centre and free internet as well as access to media assets such as B-roll, preview programmes and filming and photo locations. And for those media who aren't able to physically get to London or the UK events - registration still allows access to a special media website which will have exclusive daily stories, content, video, and images to use for free.

The registration pass will act as a pan London filming permit which allows the world's broadcasters to film for free in over 32 of London's boroughs, something which has never happened in the city before.

Located in the heart of Westminster at One Great George Street, right next to Parliament Square and the Olympic Beach Volleyball venue at Horse Guards Parade, the LMC offers easy access to some of London's iconic locations.

The Mayor of London, Boris Johnson, said: “London has not just one, but many amazing stories to tell during the Olympic and Paralympic Games and the London Media Centre will be the place to find out about them and get them covered. The LMC will keep journalists from across the globe on top of everything going on in our city, including a dazzling array of cultural events that will make London the only place to be during a summer like no other.

With top notch facilities the LMC will help you get the access you need and I urge the world's media to register before the deadline to ensure they don't miss out."

Gordon Innes, CEO of promotional organisation London & Partners who are responsible for the 50 day programme of events said: “We understand that the world's media spotlight will be shining on London and the UK this summer and we want to ensure that we give media and broadcast an outstanding range of events and celebrities so they can fully appreciate what this wonderful city and country has to offer. We want their time in London this summer to be as exciting as possible but also easy to navigate and that's we're highlighting to media to get signed over the next month!"

Colin Grannell, Executive Vice President at Visa Europe, said: “As a global sponsor of the Olympic and Paralympic Games Visa is proud to support the London Media Centre which will give media the opportunity to use this amazing central London location and its facilities. Visa is looking forward to welcoming journalists from all over the world to the centre and sharing our latest news on the future of payments.”

Alongside Visa, there will also be a range of exclusive restaurant and food-related events including a range of talks entitled 'Recipe for Success' – which will be hosted by food magazine and on-line restaurant guide Square Meal and will showcase the very best of London's leading chefs.

Former England Captain and Manchester United stalwart Rio Ferdinand will also be working with the LMC programme, in association with his digital app and 5 magazine. Rio will be interviewing break-through music artistes in front of a media audience and bringing a range of sporting heroes to the centre in his capacity as a sporting ambassador.

As the only sponsor of the London Media Centre Visa will be using the facility as a place to share its news with international, European and local journalists. This will include news on its latest mobile and contactless payment innovations at the Games, updates about the athletes Visa is supporting through Team Visa and regular reports on economic impact and consumer spending during Games.

As well as celebrities the media will also have access to exclusive behind the scenes events and activities both in London's museums, palaces and parks but also across the UK. Events will include great British brands and institutions such as Harrods, the Tower of London and the Royal Mail, who are planning a number of exclusive events to showcase the very best British products and artists, and to celebrate the London 2012 Olympic and Paralympic Games.

Media tours to England, Scotland and Wales will showcase all aspects of the country including the birthplace of the modern Olympics - Much Wenlock, the world famous Edinburgh Festival and Fringe and the new Wales Coastal Path where you can walk the entire length of a country's edge.

The media centre will also host press conferences by UK government Ministers and officials, the Mayor of London and other key figures in the UK's hosting of the 2012 Games.

Registration with the LMC will also allow journalists access to similar special media services in other areas of the UK that are hosting Olympic & Paralympic events – for example Weymouth & Portland, the venue for the 2012 sailing competition.

The deadline for the registration is 31st March 2012

To access the online application form and find out further information about the registration process, visit http://www.londonmediacentre.co.uk