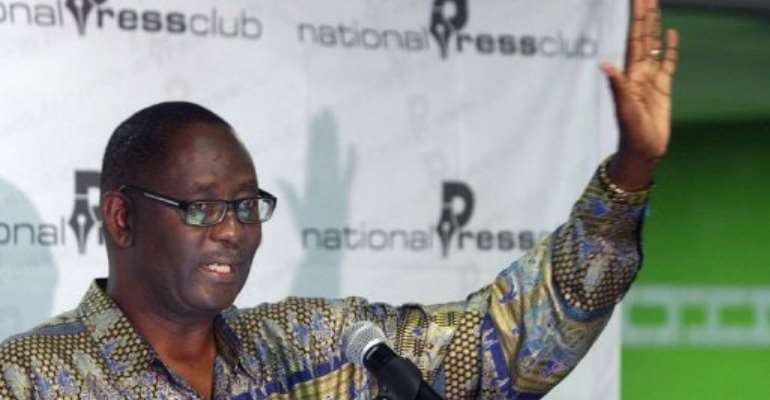 "The tolls will put a burden on the poor," Cosatu secretary general Zwelinzima Vavi told journalists. By (AFP)

JOHANNESBURG (AFP) - South Africa's powerful Cosatu labour federation vowed to bring more than 100,000 people onto the streets Wednesday to protest new tolls on highways between Johannesburg and nearby Pretoria.

"The tolls will put a burden on the poor," Zwelinzima Vavi, Cosatu secretary general told journalists on Tuesday.

"We're saying to the government, we remain open to talk to you. Call us, we will come running to find a resolution," he said.

Cosatu spokesman Patrick Craven said marches were planned for 32 towns and cities, with the biggest protest expected in Johannesburg.

"We expect over 100,000 people to come out. This is about the people, the workers, voicing concern over this unjust proposal," said Craven.

The new toll system has created a huge public outcry and Cosatu, which is a partner in the African National Congress-led government, has vowed to stop it.

The system was supposed to begin working in February and gantries have already been erected along the newly upgraded five-lane highways around the two cities.

In a bid to lower the toll burden, Finance Minister Pravin Gordhan said last month that government would kick in an extra 5.8 billion rand ($750 million) toward the 20 billion rand in loans the national road agency has taken out to upgrade highways.

Cars will now pay 30 cents (four US cents, three euro cents) per kilometre, down from the 49 cents initially proposed. The system is now billed to start on April 30.

The protest has received support from various opposition parties and civil society groups who fear that the tolls will push up the cost of living.

"Roads should be paid for by the state, not daily users," the militant ANC Youth League said in a statement.

The Youth League is embroiled in its own conflict with the ANC parent body, which last week expelled youth leader Julius Malema for provoking divisions within the party.

Malema, who remains in his position until his appeals are exhausted, plans to join the protest Wednesday, Vavi said.

But the main opposition Democratic Alliance declined to join the protest, saying it plans to challenge the system in court.

Cosatu will also use the march to call for the scrapping of temporary jobs agencies -- known locally as labour brokers -- used by companies to find workers.

The union believes that the system is unfair because temporary workers have fewer rights, often working long hours for less pay.

"Labour brokering is equivalent to the trading of human beings as commoditie," said Vavi.

The union proposes that temporary work not exceed six months.

"Labour brokers do not practise the principle of equal pay for work of equal value... They destroy permanent jobs," he said.

The coupling of the two unrelated issues has complicated support for the protest.

While the tolls have aroused the ire of Johannesburg's drivers, the labour broker complaint is less clear-cut, with many people relying on temp agencies to find any work at all in a nation where unemployment stands at nearly 24 percent.