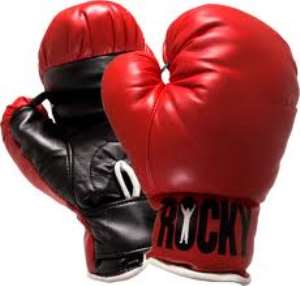 It said the three-day tourney will feature three teams from Ghana, Gabon and Benin, and will also form part of the Black Bombers' preparation towards the London 2012 Olympic Games qualifier in Casablanca, Morocco later in the year.

The Gabonese arrived last Thursday whilst the Benin team is scheduled to arrive on Sunday, March 4, 2012.

The GABF also extends its gratitude to Voltic Ghana Limited, Geodrill Company and Global Voice Group for their continuous support for the development of the sport of amateur boxing.

It will be recalled that the Black Bombers were hosted by their Beninois counterparts in a special contest in Cotonou, where the Ghanaian team bagged five wins in eight bouts.