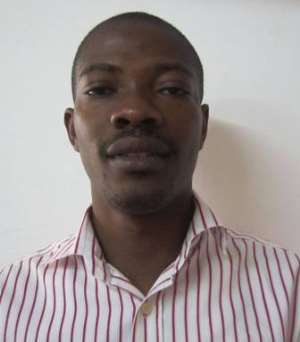 A GNA commentary by William Dodzi Ezah
Accra, Feb. 24, GNA -The recent debate that has dominated the media landscape has been whether head coach of the Black Stars, Goran “Plavi” Stevanovic should be sacked or retained.

Indeed many have argued that the coach had earlier promised to resign if he did not deliver the ultimate Cup, whilst some are of the opinion that he was tactically and technically bankrupt hence the need for him to resign honourably.

These assertions may be buttressed by Kwesi Nyantakyi's confession that some tactical and technical factors were part of the diagnosis of the failure of the Black Stars at the 2012 Africa Cup of Nations tournament.

Again some, including the officials of the Ghana Football Association (GFA) have argued that the coach does not listen to wise counsel, therefore he deserves to take a bow or be sacked.

On the other hand, Plavi insists he should not be judged on a single match but over his performance in a year, which saw the team winning all competitive matches with only one loss against Brazil in a friendly match as well as the game against Zambia.

For definite reasons, Plavi is justified to say he should not be judged on a single match but his overall performance in the year, albeit though that single match carried the spirit and soul of a nation, which the country has waited for the continental trophy for 30 years.

However, if I were an adviser to Plavi, I will ask him to take a bow to save himself and his cherished career from humiliation in Ghana.

This is because the signals are worrying and could create a difficult environment for him to supervise the completion of the rest of his contract.

For an official of the GFA to say bluntly that Plavi would not be allowed to have his way if he should stay and that they will also have their way, this time around, gives a clear indication of the fact that the Serbian will not function properly if he is to remain at the helm of affairs in the country.

Indeed the official boasted that the only difference between him and the coach is that he does not have a coaching certificate and so one can imagine the level of undue interference in the form of advise on the part of officialdom that will characterize his last year in office as the head coach of the Stars.

It is also very clear that Plavi has become unpopular among the members of the Emergency Committee of the GFA – the body in charge of the day to day administration of the FA, with the Vice President, Jordan Anaglah and a key member, George Afriyie openly questioning his competence in the name of personal views, as well as vicious attacks from media and sports callers.

Plavi does not need an angel to tell him to quit before he is kicked out in the next two weeks.

However, should the FA decide to hold on to Plavi, there is no doubt that he will either have to compromise on his coaching principles in order to see through the remaining one year of his contract or face more difficulties in the dispensation of his duties.

For many reasons, Plavi has become unpopular even among the media and one wonders how he will be able to cope with the pressure in the course of the year.

The attack and humiliation suffered at the hands of the media was enough signal to Plavi that he is better jobless than staying on as a coach.

This is further strengthened in the creation of a special portal www.sackplavi.com as well as a text line aimed at raising at least two euros from 350, 000 people to pay him off. That is the extent to which the media has gone and one doubts the motivation behind this.

But from an ordinary guess, it is because he promised and failed but this will remain a topical issue for further interrogation.

One would have thought the FA will at a point come to his aid by appealing to the media to remain calm and tone down on the attacks on him, but like a sheep being led to the slaughter house, he was left alone to deal with the issues with his not so good English grammer.

These are indeed worrying signals for Plavi and raises doubts over who indeed will be the head coach of the Black Stars should Plavi stay on because we have been told that “this time he is not going to have his way”.

Unless the FA official meant something else than playing a role in player invitation, selection, tactical and technical decisions, then I have been guessing what else that could have been.

In addition it must be emphasized that these worrying signals if turned into reality should Plavi stay, will mark the commencement of our return to the dark days where coaches have accused the FA of undue interference.

It will therefore be prudent if Plavi takes an honourable bow to avoid either compromising on his coaching principles or stay on to have his role as a coach reduced to that of a figure head whilst Management Committee members dictate player invitation, selection, technical and tactical direction of the team.