Vorsah yet to return to club 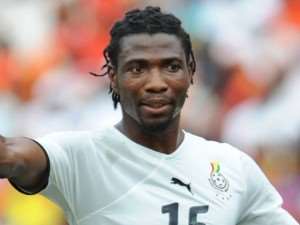 Ghana defender Isaac Vorsah will return to the Hoffenheim set up for this weekend's Bundesliga trip to Wolfsburg.

The lanky centre-back was given a rest last Friday's 1-1 draw at home with Mainz according to his manager Markus Babbel.

Vorsah has not played for the German side since 17 December having been at the Africa Cup of Nations with Ghana.

Ghana reached the semi-finals of the tournament where they were knocked out by Zambia, before losing in the third place play-off to Mali on Saturday.

Despite wanting the 23-year-old, who made 16 appearances in the opening part of the Bundesliga season, back in his side, Babbel knows the player needs to recuperate from the tournament.