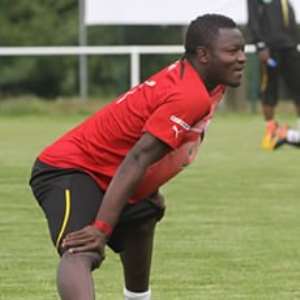 AC Milan coach Massimilano Allegri believes Ghana midfielder Sulley Muntari will be a hit at the club because he is highly motivated.

Muntari scored on his debut for AC after his January loan move from Inter Milan and Allegri thinks the midfielder is motivated by a desire to prove he is still cut for the top level.

Allegri says: "Muntari is highly motivated, because he wants to forget the recent negative period in his career."

"I thought that Muntari could have had a better career because he has great qualities."

It was not just Muntari's goal that impressed his new boss.

"Besides the goal, Muntari also played well and he made good long passes and he's good with the ball at his feet."