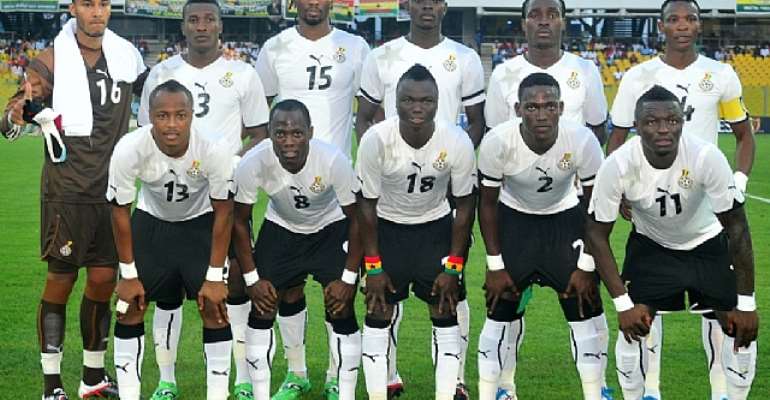 Franceville, Gabon, Feb. 5, GNA - Ghana's Black Stars would line up against the Carthage Eagles of Tunisia with the sole aim of over powering them for a slot in the last four of the Africa Cup of Nations in Gabon and Equatorial Guinea.

The Black Stars tipped as tournament favourites have perhaps come to their stiffest test yet in Sunday's game and the outcome would determine progress to the next stage, which obviously is a step close to the trophy they have chased for three decades.

The Stars topped group D, with seven points to come this far, conceding only once and bagging in four to ensure that progress to the last stage was achieved, though it did not come cheap.

Ghana without doubt will start as favourites on paper against a Tunisian side that finished second in Group C behind co- host Gabon. However, if the organisational ability of the Tunisians is anything to go by, then the Franceville arena will be host to a cagy duel.

The North Africans got this far by overpowering fellow neighbours, Morocco before beating debutante, Niger and succumbed narrowly to Gabon in a manner that defines efficiency.

Their style is not that of flamboyance, one that has been lacking in Ghana's play lately. But with Coach Goran Stevanovic laying emphasis on competitive football instead of style, Tunisia would have their match in the Stars.

The Stars are yet to play to their full potential at the two-week old tourney and they will be the first to appreciate that there will be no room for the jitters if they must travel beyond Sunday's quarters.

In Asamoah Gyan, Captain John Mensah, Andre Ayew and Emmanuel Agyeman Badu are four different scorers Ghana will be relying on to put the ball at the back of the net for them to succeed.

Stevanovic might have kept tightlipped on if he will keep faith in Adam Kwarasey in post or ring changes in that department where Daniel Adjei has clearly stated he will be ready to serve if called upon with Ernest Sowah bidding his time.

The return of Mensah from a thigh strain could be tempting enough for Stevanovic knowing the captain combines effectively with Isaac Vorsah who had his first game against Guinea on Wednesday.

The stage is set for an obvious competitive duel and it will be interesting how Stevanovic would fashion out his men for the battle as to if he will still throw grieving Anthony Annan who lost his mum 48hours ago into the mix or start Derek Boateng for the first finding in the tourney.