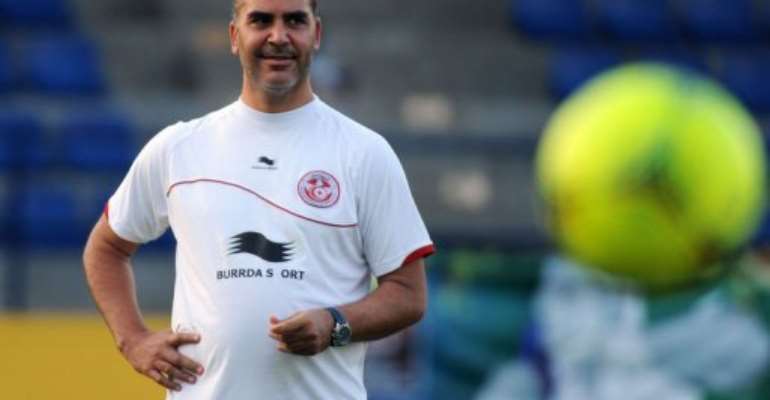 BONGOVILLE, Gabon (AFP) - Tunisia are hoping not to be outdone by the individual brilliance of the Black Stars of Ghana in Sunday's Africa Cup of Nations quarter-final in Franceville.

A magical free kick by Emmanuel Agyemang-Badu ensured Ghana drew 1-1 with Guinea on Wednesday to finish top of their group.

"Ghana have (Andre) Ayew, Muntari and Gyan. We have to be mindful of these players," warned Trabelsi Saturday during a press briefing at the team's training base in Bongoville, about 40 kilometres from Franceville.

"I know them very well as I know the other players in their squad. But I'm also sure that (Goran) Stevanovic, the coach of Ghana, also knows all my 23 players because today in football nothing is hidden.

"We play as a team, while they often rely on the brilliance of their individual players to make the difference for them."

He added: "Ghana boast of a very rich and proud tradition in football and we respect this, but Tunisia too have a pedigree.

"We therefore expect a keen contest on Sunday with both teams having an equal chance of advancing to the next stage of this competition.

"But we are ready for this match and we hope to make the people of Tunisia proud."

Tunisia last reached the semi-finals in 2004, when they hosted and won the tournament.

They were stopped in the quarter-finals of the 2006 and 2008 competitions by Nigeria and Cameroon respectively and failed to go past the first round at Angola 2010.