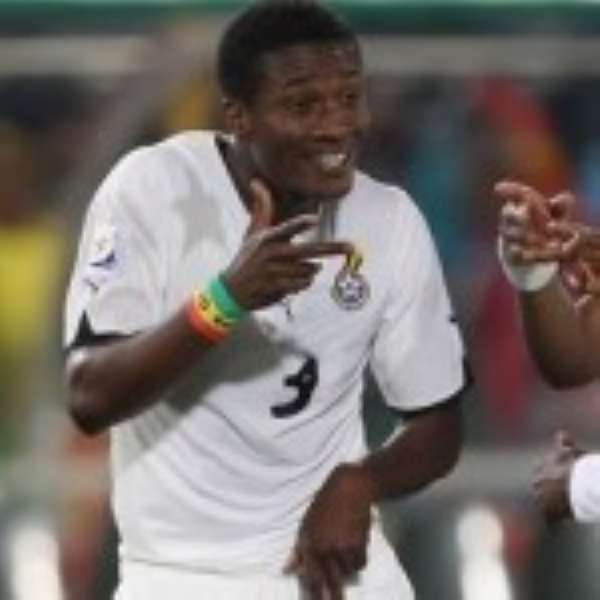 Two first half goals from Gyan and Andre Ayew wrapped up Ghana's preparations ahead of the start of the African Nations Cup.

The Al-Ain striker only returned to training on Saturday after being out due to a hamstring injury and powered home from just inside area in the 27th minute to put the Black Stars in the lead before Andre scored the second goal five minutes later.

The game at the Royal Bafokeng Sports Palace against the PSL side was the second for Goran Stevanovic's side after they drew 1-1 with South Africa on Sunday.

Gyan was one of the two changes that Stevanovic made to the team as he joined Anthony Annan to start ahead of Samuel Inkoom and Derek Boateng.

And Gyan's run out lasted for 45 minutes as he was taken off during recess.

The Ghana coach utilized his full squad as the only unused players on the day were reserve goalkeepers Daniel Agyei and Ernest Sowah.

The team would now depart Friday for their base in Gabon. Ghana launched their Nations Cup campaign against Botswana on Tuesday. Credit: ghanafa.org