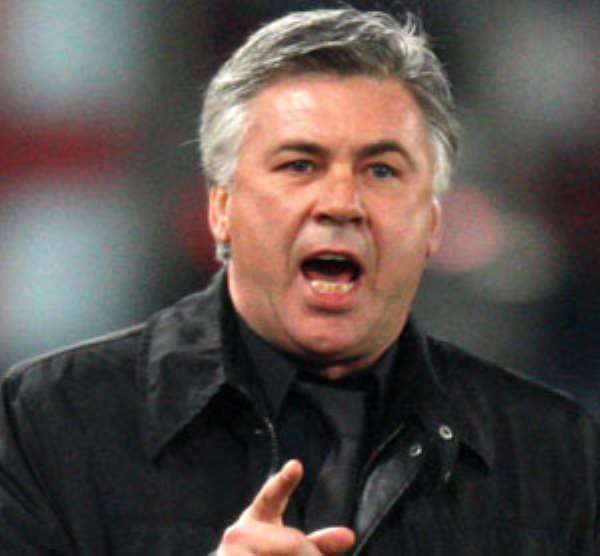 Carlo Ancelotti took charge of his first training session as coach of Paris Saint-Germain on Monday under the watchful eyes of the Parisian club's Qatari bankrollers.

The duo had a long chat with Ancelotti as the players jogged and stretched for the best part of 30 minutes, newly-appointed assistant coach Claude Makelele also making his debut.

One notable absentee, however, was former England captain David Beckham, whom PSG have so far failed to lure to the French capital from Los Angeles.

The PSG players have a second training session set for the afternoon before a possible evening reception with Qatar's Crown Prince Sheikh Tamim bin Hamad al-Thani, owner of the club through Qatar Sports Investments.

PSG face AC Milan in a friendly in Dubai on Wednesday, with the club's first competitive game under Ancelotti coming four days later in a French Cup last-64 tie away to Brittany amateur outfit Locmine.