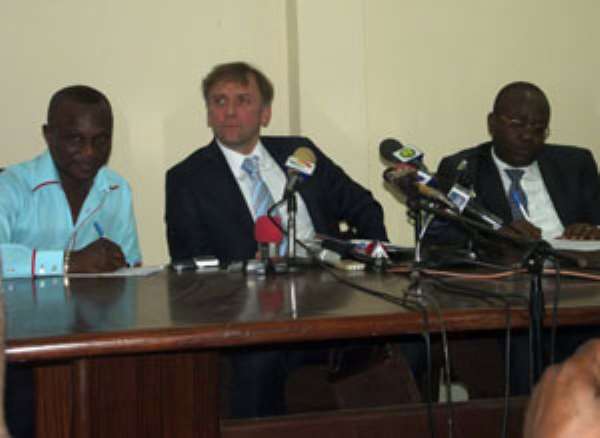 However there were no major changes in the squad as predicted by the game's bookmakers ahead of the press conference.

Plavi maintained 97% of the men he has been working with since he took over from his fellow country man, Milovan Rajevac about a year ago.

The only surprise call-up however is new kid on the block Emmanuel Baffoe, New Edubiase's forward.

And Plavi revealed that Baffoe's current striking prowess informed his decision to extend an invitation to him.

Norway-based Stromsgodset midfielder Mohammed Abu is the other surprise inclusion as well as Charles Takyi.

Two of the 25 players will not be part of the team that will represent Ghana in the forthcoming biennial championship next January. They would be dropped after the fine tuning exercise in South Africa.

Reacting to what criteria he used in his selection process and whether the FA influenced him, he said: 'I looked at players with good character and strong personality.

'There was no pressure from the FA in the selection process. They gave me the liberty to do the selection,' Plavi added.

He explained that he chose Massawudu Alhassan over Esperance's Harrison Afful because the former is a natural left back.

For the goalkeepers, he settled on Adam Kwarasey, Daniel Adjei, Ernest Sowah.