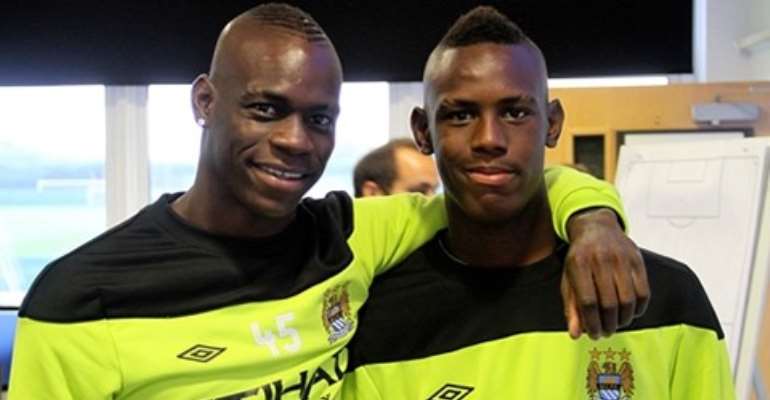 Mario and Enoch. Mario Balotelli has become a cult hero at Manchester City

The 19-year-old forward played 82 minutes for the Potters' reserves on Wednesday night at Burton Albion.

Stoke academy coach Dave Kevan told the Sentinel: "He's been with training with us for a while and it was good to give him a run out.

"He's a good boy but a little bit raw at the moment. We will just have to see how things go."

Enoch has been training with Stoke for the last three weeks and was linked with a move to Napoli earlier in the summer.

He showed some neat touches and some showboating Mario would have been proud of before coming off with cramp with eight minutes left of the goalless draw.

Enoch was born in Ghana before moving to Italy with Mario where the duo were adopted.

If the younger Balotelli does sign for Stoke, the Balotellis will become the latest in a line of brothers to play in the Premier League.

Some of the more notable families include Gary and Phil Neville, Rio and Anton Ferdinand, Shaun and Bradley Wright-Phillips and Manchester United twins Fabio and Rafael da Silva.