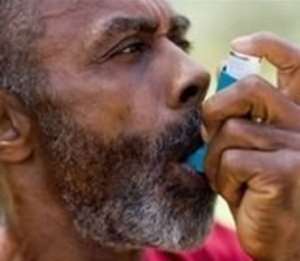 Emmanuel Quashie in the 1980's dominated the sports headlines for his feats as he captained the black stars to win the country's last African cup of nations in 1982.

The former Sekondi Hassacas captain has had to give up his coaching job because of the severity of his sickness.

The sickness of the Ghana football legend is said to be aggravating every day and will need proper medical attention.

The Deputy Chief Executive Officer of Sekondi Hasaacas Joseph Ofori Acquah who is a close friend to Emmanuel Quashie and in an interview with JOY Sports stated that, the crippling grip of throat cancer is dangerously oozing health out of him with each passing day.

He added that, the former Berekum arsenal coach needs medical attention to help him regain his health.