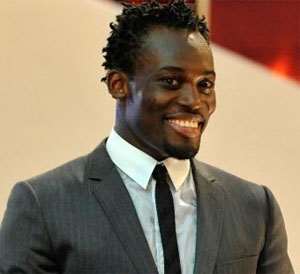 Chelsea star Michael Essien was at the Houses of Parliament in London on Wednesday to help promote the work of Parliamentarians in helping achieve the Millennium Development Goals.

To raise awareness for the forthcoming International Parliamentary Conference on the Millennium Development Goals, and to highlight the contribution that sport can make in promoting global solidarity and development, Commonwealth Parliamentary Association UK organised a penalty shoot-out in Parliament on Wednesday 23 November 2011.

In attendance were the Speaker John Bercow, other members of Parliament, Michael Essien, Patrick Vieira, Kelvin Jack and Sam Sodge

Michael was also supported by Akosua Puni - Head of the Michael Essien Foundation - and her team.

The day's events will be shown on Chelsea TV in the coming weeks.