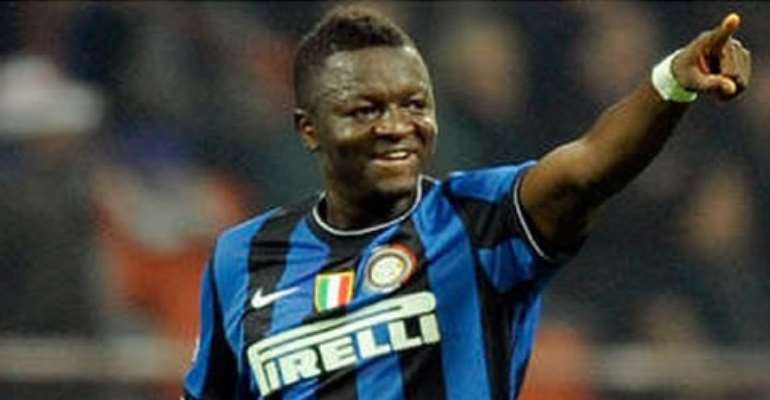 Sulley Muntari could move to Turkey in January. Turkish side Galatasaray have started fresh attempts to sign Sulley Muntari in their bid to sign the Ghana midfielder when the transfer window opens in January.

The Turkish side can grab the Ghana international for a reduced price from Inter Milan who could lose the player in June.

Muntari's contract with the Italian side expires at the end of the season and they must cash in to avoid letting him player leave for free in June.

The 27-year-old Muntari is expected to be sold after Christmas if they agree on a price.