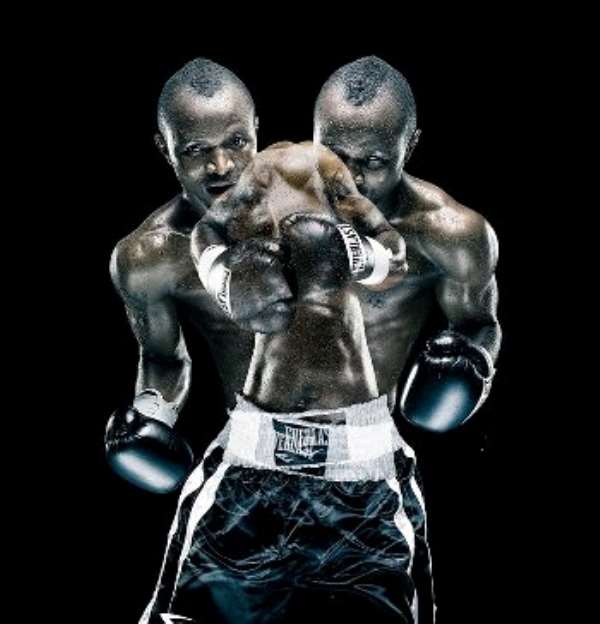 Ghana's Bantam weight champion Joseph King Kong Agbeko has declared war on Abner Mares ahead of the most anticipated final of the Bantam weight tournament.

King Kong whipped Yohnny Perez in the semi-final; whilst Mares downed Vic “Raging Bull” Darchinyan to set up an uncompromising prize fight finale on April 23, 2011 in Los Angeles, US.

On his media workout at John's Boxing Gym in Bronx, N.Y. captured on fightnews.com, Joseph Agbeko made his intentions clear on a bout set only for the best of the division.

“The fight with Vic was the only war that Mares has been through. I've been in a couple of wars, as far as boxing is concerned. No disrespect to [Mares] but I think I'm the better fighter. Against him, I've got better skills. There's [no] way that he can go through me,” he said.

Agbeko minced no words in touting his credentials as a boxer, a gifted one at that- one destined to be king in the ring and whose name-Joseph King Kong Agbeko-bares testimony.

“Joseph King Kong Agbeko is not my nickname. It's an original name. It's my birth name. I think my dad had a vision of something. My dad gave me the name “King Kong” as I was born. It's my real name. It's on my passport and everything,” he said.