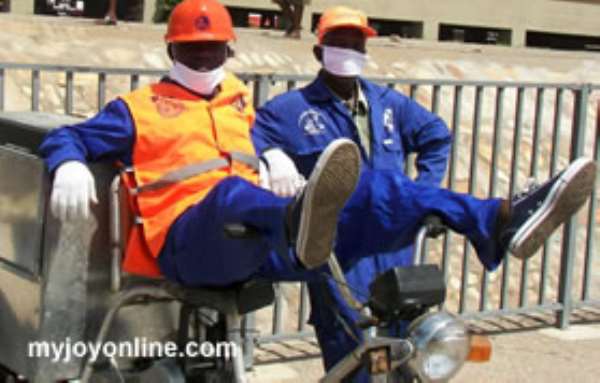 
Officials of the Accra Metropolitan Assembly have revealed plans to build a new landfill site to complement the only functioning one at Weija.

Chiefs in that community are however threatening to prevent Zoomlion from using the dumpsite if managers do not construct passageways to divert liquid waste seeping from the decomposed waste there.

Residents in the area have been complaining about the liquid waste which flows into the community, insisting it poses serious health risks.

Head of the AMA's Waste Department, Blay Anderson, told Joy News the concerns of residents will be addressed soon.

He said within the next ten days a facility can be constructed to stop the liquid from seeping into their homes.

Mr Anderson added that the assembly was looking to generating power from waste in the capital.