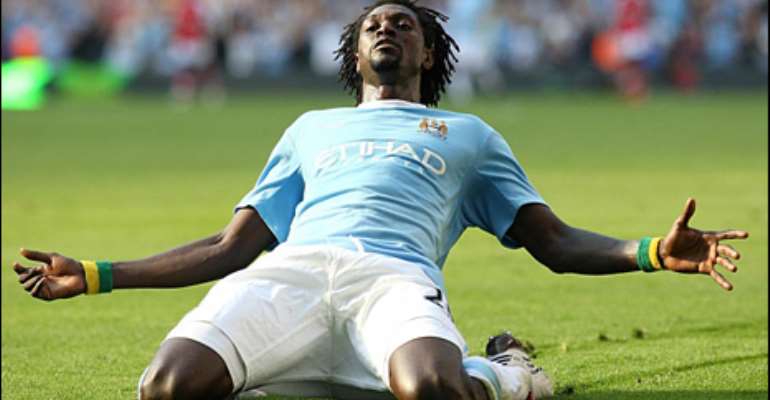 
Manchester City striker Emmanuel Adebayor has joined Real Madrid on loan until the end of the season.

Adebayor is expected to travel to Spain on Wednesday for a medical at the Spanish club.

Madrid have an option to buy the 26-year-old at the end of his loan spell in the summer.

Adebayor joined Manchester City from Arsenal in a £25m deal in 2009 and scored 19 goals in 36 league and cup starts for the club.