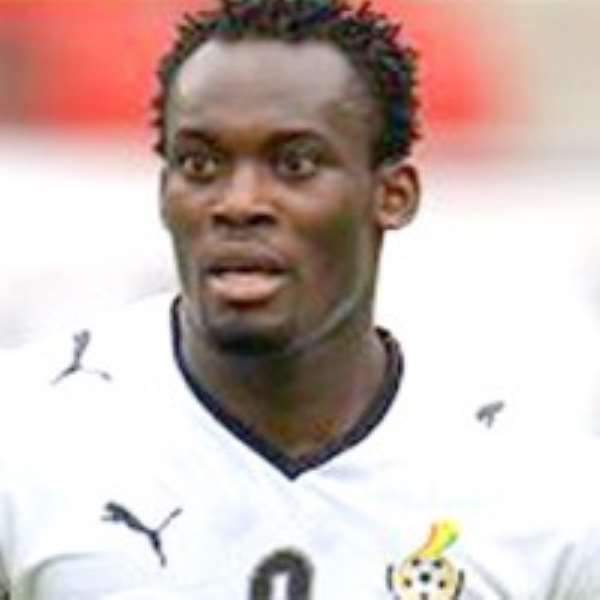 Ghana's number one goalkeeper Richard Kingson has stated that the Black Stars need the services of gifted midfielder Michael Essien for qualifications toward the next African Nations Cup in Gabon/Equatorial Guinea next year and the 2014 World Cup in Brazil.

'We need Essien and all experienced players on board to make it to the World Cup in Brazil in 2014. We need a strong Black Stars team,' he told Joy Sports from his base in the United Kingdom.

His appeal could find favour with new coach Goran Stevanovic who announced during his maiden press conference with the Ghanaian press that he would give every recognized Ghanaian footballer the opportunity to justify themselves.

Kingson, who got injured in Blackpool's 1-2 loss to Sunderland in an English Premier League game on Saturday, noted that Essien always makes a difference anytime he dons the jersey of the Black Stars, and as such his services are indispensable.

According to him, the presence of Essien and some other key players in the Black Stars set up will continue to make Ghana a fearsome side.

The Black Stars drew goalless with a less fancied Sudanese side in a Nations Cup qualifier at the Baba Yara Sports Stadium in October and have an uphill task against Congo in Brazzaville in March.

But the presence big guns like Essien, who announced a temporary retirement from the Black Stars, would make Ghana once again a formidable side when they face their Central African opponents, the former Wigan and Birmingham player said.

Essien aggravated a nagging injury during the last Nations Cup held in Angola in 2010, an injury that kept him out of action for sometime.