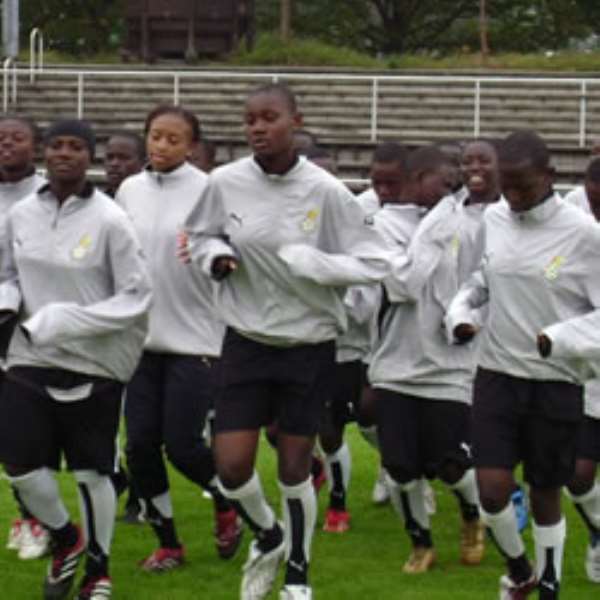 The Black Queens are counting on early preparations to win their 2012 Olympic Games qualifier against Guinea on Sunday.

A contingent of 18 players and 8 officials arrived in Conakry last night and will hold a series of training sessions to fine-tune preparations ahead of the crucial assignment.

The technical handlers have augmented the side after drafting in some players from the national U-20 sides.

The Queens displayed a woeful performance at this year's African Women's Championship in South Africa and are keen on making amends.

Head Coach of the Black of the Queens, Anthony Adusei said preparations were going to according to plan.

He emphasized the team was keen to atone for their poor showing in South Africa and would therefore do well to qualify for the Olympic Games.

The Chairman of the Black Queens Management Committee, Fred Crentsil said an attractive bonus package awaits the team, if they win Sunday's match.

That, he believes will motivate the Queens to give off their best.

Covid-19: US places Ghana as a high risk country to travel t...
36 minutes ago