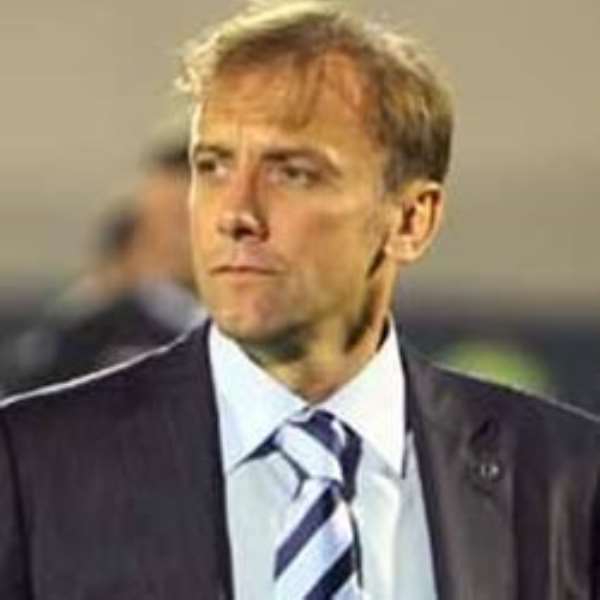 January 10, 2011 Accra, Jan. 10, GNA- Serb Goran Stevanovic has been confirmed by the Ghana Football Association (GFA) as the new coach of the Black Stars on a four year contract.

The GNA Sports can confirm that the 44 year old who coached Partizan Belgrade to the Serbian League title last season will be unveiled at a news conference in Accra on Wednesday.

Stevanovic who becomes the third Serbian to manage the Black Stars in six years finalized his contractual details with the GFA late Monday.

The GFA in a statement cited by the GNA Sports said "the Ghana Football Association has appointed a new coach for the Black Stars. He is in the person of Goran Stevanovic.

"We have successfully negotiated with the coach and he would replace his compatriot, Milovan Rajevac. The coach will be presented to the public at a press conference at the GFA on Wednesday, 12 January 2011 at 10:00am."

The new Black Stars coach who is a former Yugoslav international spent most of his playing career at Partizan Belgrade before spells at Clubs in Spain, Portugal and Greece.