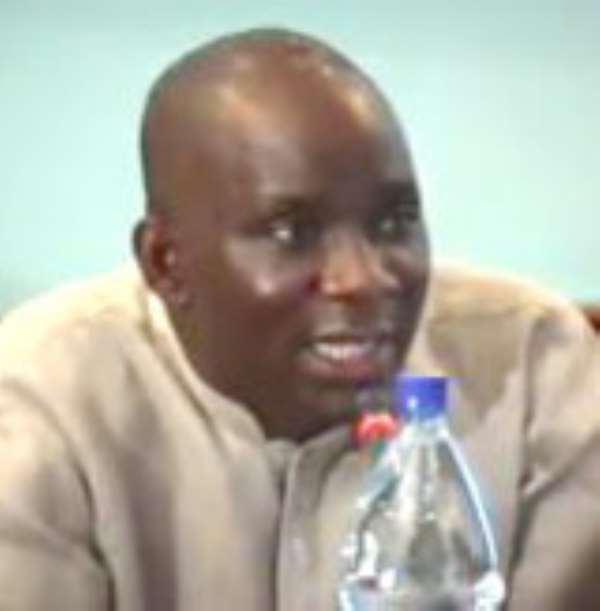 
Dr. Sulley Gariba, adviser at the office of the Vice-President at the weekend urged Muslims to crave for a visionary leadership that would provide direction and focus for national development.

He said: “an established vision guided by inspirational leaders would help define specific missions commensurate with things needed for change in pursuit of development”.

The programme was on the theme: ”The role of the Ghanaian Muslim Professionals and Intellectuals in National Development”.

Speaking on the topic, “walking the talk as Muslim in Ghana, the importance of Strategic Thinking, Planning and Action”, Dr. Gariba said Muslims have rarely delved into and conducted its own situational analysis.

He said Muslim communities is viewed as deprived in morality, therefore there was the need to have data and information about Muslims in addressing the problem.

Dr. Gariba urged Muslims to be clean both at heart and in physical manifestation through the 5 times daily prayers which would help respond to the call to duty under a unified leadership.

Mr. Nurudeen Alhassan, President of GMA, presenting the 2010 report said the Academy was able to organise an Educational Counselling Summit for Muslim Students in the Junior High Schools (JHS) in Accra.

He said this was necessary because research indicates that Muslims JHS students are dropping out of school or playing truancy as a result of the internet fraud.

Mr. Alhassan said the Academy has initiated the vacation school project for Muslim students for all the programmes from the second cycle to the Tertiary level.

He said the vacation classes had instilled leadership qualities and skills in the students through mentorship and practical exposure.

Mr. Alhassan noted that the Academy has initiated a programme called “Sister's Forum”, a seminar for young Muslim women and girls aimed at creating a platform for them to brainstorm on pertinent issues affecting the holistic development of Muslim women.

He said the Academy has put in place a 5-year strategic plan (2011 to 2016) which include a multi-purpose office complex, an Islamic College of Education, one Million Muslim database project and an orphanage.

The rest included a free vacation school in some Regions; establish an Islamic Communication and Research Centre, Membership Welfare and Education Fund and Investment and Employment Generation Venture.

Mr. Alhassan said in spite of its achievement, the Academy was faced with challenges.

He said the major challenge faced was funding and the clash of serious competing demand of their official duties at various workplaces and voluntary work for the Academy.

A speech read on behalf of Dr Mustapha Ahmed, a Deputy Minister for Water Resources, Works and Housing, urged all to make good use of the government's educational policies of Free Universal Basic Education, Capitation Grant and the School Feeding Programme.

He urged parents to keep children from the world of social vices which has engulfed the society.