Messi, Ronaldo to do battle in London 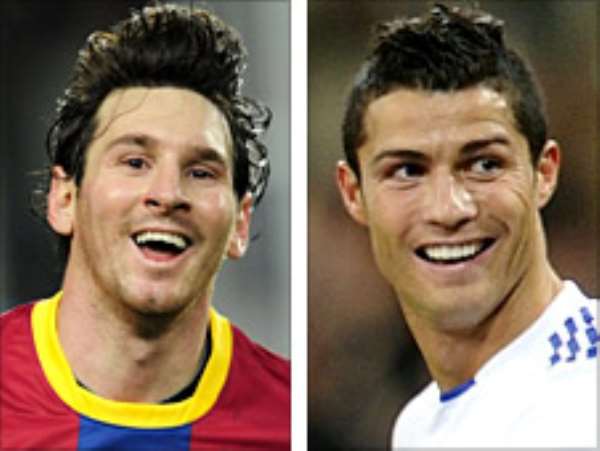 
Lionel Messi and Christiano Ronaldo are set to renew their rivalry on the pitch when the two meet in a friendly between Argentina and Portugal at Arsenal's Emirates Stadium on 9 February.

The high-profile fixture is expected to be full of fireworks, especially between the two superstars who will be looking to secure the bragging rights over the other.

The two players have met before on a number of occassions but this would be the first time both players square up against each other in national colours.

It is set to be the first of two games in north London in quick succession for Messi, as Arsenal host Barcelona in the Champions League on 16 February.

Both national teams have played once before at the stadium.

As well as Messi and Ronaldo, stars such as Manchester City's Carlos Tevez and Javier Mascherano of Barcelona could feature for Argentina, while Jose Bosingwa, Nani, Ricardo Carvalho and Raul Meireles may turn out for Portugal.