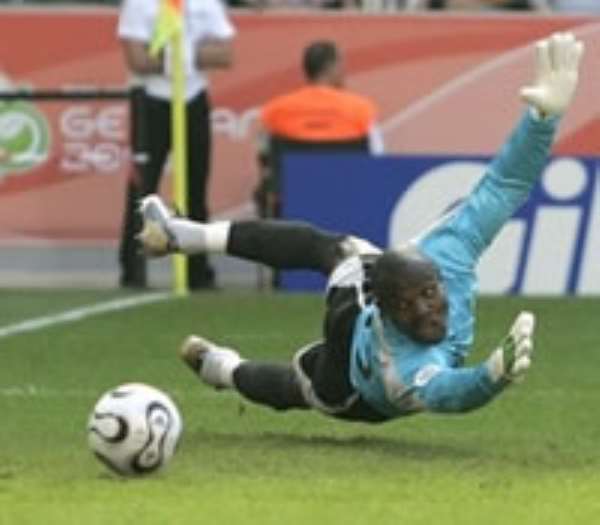 
Ghana goalkeeper Richard Kingson has been voted the best goalkeeper in the English Premier League as the halfway stage of the competition.

He has also has been voted the best player of Blackpool's campaign so far this season.

English newspaper Guardian made the analysis following votes cast by their readers.

Kingson has performed heroics and kept two clean sheets in the five matches he has played since taking over from Matt Gilks.

His average rating of 7.2 makes him the best goalkeeper in the league so far.

This makes the Ghanaian shot-stopper the best in the Premier League so far this season.

Kingson was axed from Birmingham for being a 'waste of space' got the opportunity this term to prove his worth.

He joined Blackpool at the start of the season as the reserve goalkeeper and has shown his worth since Matt Gilks' injury.