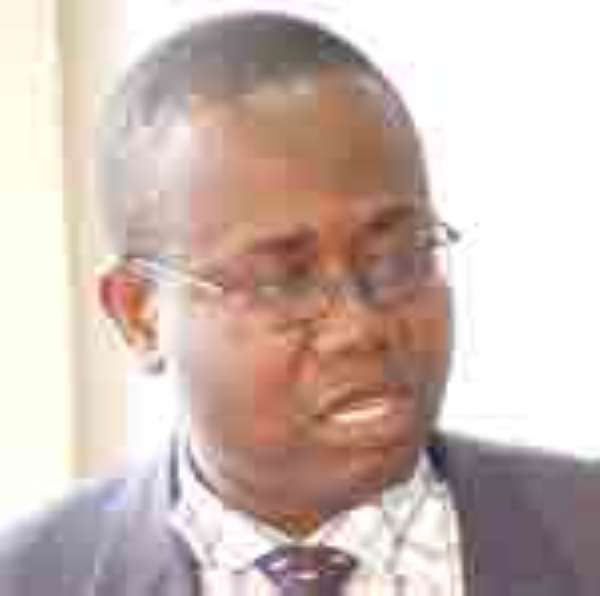 Kwesi Nyantakyi will be among the selected few to receive an award at the 2010 Confederation of African Football (CAF) Awards.

Ghana, already has four representations out of the eight major categories for the awards to honour best achievers in African Football for the Year 2010 in Cairo, Egypt today.

However, the bestowal of the CAF 'President Award' on Nyantakyi reflects success chalked by Ghana under his tenure as President of the Ghana Football Association and the corresponding effects it has had on the African game.

Nyantakyi, who took office as the GFA President in 2005, has been widely credited with greatly improving all aspects of the game and at all levels in Ghana which enjoys multinational corporate backing and recording sustained success at international competitions.

CAF in a statement to Kwesi Nyantayi said: 'On behalf of the CAF President Issa Hayatou and his Executive Committee, we are pleased to inform you that you have been designated as recipient of CAF 'President Awards' set up for those who have worked significantly to the development of football in their country.'

'Your presence at this year's awards is key to highlight the truly immense achievement made in 2010 by African Football following an exciting African Cup of Nations in Angola, a stunning World Cup in South Africa, and the 7th African Women Championship.'

Black Stars striker Asamoah Gyan is also in the running for the CAF African Player of Year Award.

Gyan made the final shortlist to three from five who were initially named for the award.

The Ghana and Sunderland striker would now have to beat off competition from strikers Didier Drogba and Samuel Eto'o for the top award in African football for the Year 2010 in Cairo on December 20.

Last Friday, he emerged winner in the year's BBC player of the year award.

According to CAF, for the topmost awards, Player of the Year 2010 and African-based Player of the Year 2010, the respective winners would be decided by votes from the respective senior national teams' Head Coaches or Technical Director of the 53 National Associations affiliated to CAF taking into consideration the performance during the year under review, from January 2010 to November 2010.

Ghana has other nominees for vying for awards
Kwadwo Asamoah is in the hunt for the most promising player with the Black Stars nominated for the national team award.

Ex-Ghana coach Milovan Rajevac has been selected for the coach of the year prize. Source: FA