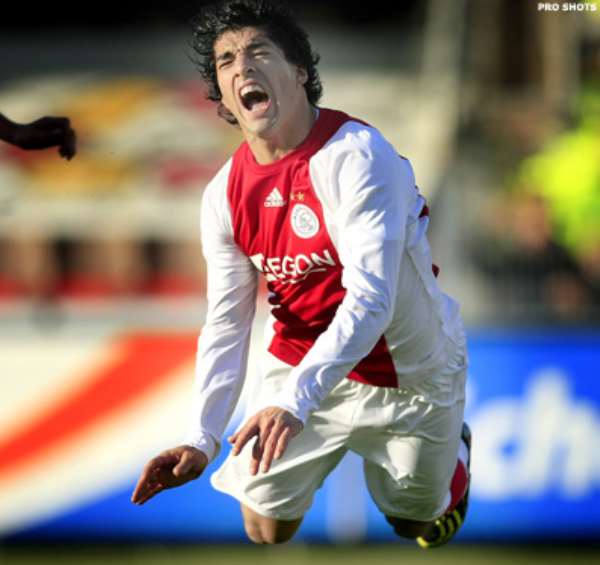 Ajax, which fined Suarez on Monday and banned him for two matches, had until Wednesday afternoon to respond to the proposed penalty. If the club does not react, the case will be discussed at a disciplinary hearing Thursday.

The federation accused Suarez of "a violent act — biting an opponent."

The referee did not see the incident in injury time of Saturday's 0-0 draw and Suarez was not punished. After the incident, Bakkal pulled down his shirt to show a red mark on his collarbone.

The incident has drawn comparisons to boxer Mike Tyson biting off part of Evander Holyfield's right ear during a 1997 bout, and top-selling Dutch daily De Telegraaf branded Suarez the "Cannibal of Ajax."

The federation said it had taken the Uruguay striker's previous conduct into account in reaching its proposed punishment. Suarez still had a suspended one-match ban hanging over him following a red card in the season-opening Johan Cruyff Bowl match in July.

Suarez was one of the stars at this year's World Cup, scoring three goals for Uruguay. But his scoring prowess was overshadowed by his deliberate handball on the line in the waning seconds of the quarterfinal against Ghana. He prevented a goal and Asamoah Gyan missed the ensuing spot kick. Uruguay then advanced on penalties.

With Suarez suspended, Uruguay was knocked out in the semifinals by the Netherlands.

Suarez's Ajax teammate, Netherlands goalkeeper Maarten Stekelenburg, reportedly texted him after the handball saying he should be named goalkeeper of the tournament.