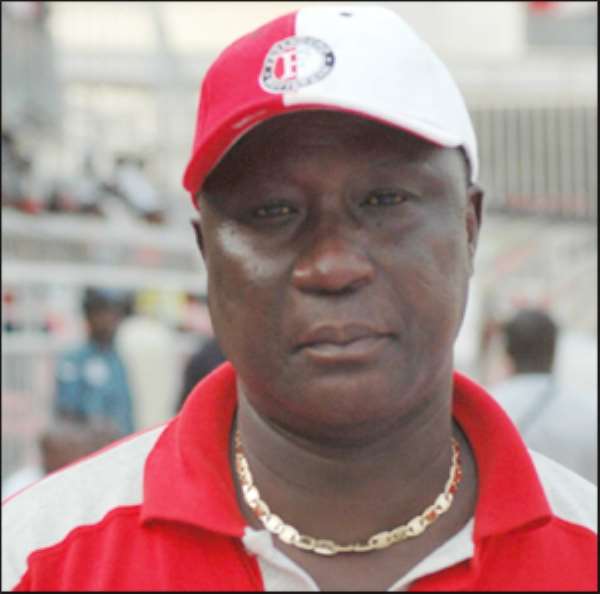 Kessben Medeama FC maintained their grip at the summit of the league table when they silenced BA Stars 3-1 in match-day 8 of the Glo Premier League at the Essipong Sports Stadium.

Kessben, who have vowed to win this year's league, were unstoppable in a game in which their opponents could not match their prowess.

Ahead of the crucial match against Asante Kotoko in Kumasi on Sunday, Hearts of Oak sent signals yesterday that they would be a difficult side to beat.

The Phobians' performance was splendid, as they walloped Wa All Stars 3-0 in at the Accra Sports Stadium.

Indeed, Hearts' performance in yesterday's game was one of the best exhibited this year, as the team started the game with lots of venom, scoring the first goal of the match in the 8th minute through Uriah Asante's bicycle kick.

The purposeful play from the Phobians in the early stages of the game paid off again in the 20th minute when Douglas Nkrumah added the second.

A tactical change in the second half paid off when substitute Edwin Osei Pele, who scored in the Black Satellites' 4-1 win in an African under 20 youth championship on Saturday, added the third goal in the 82nd minute.

Though All Stars conceded their heaviest and second defeat in the season, they played well but could not stand the myth of the Phobians.

The win thus pushed the Phobians' point build-up to 12 on the league ladder, the same as All Stars.

In the other matches, Aduana Stars were held one-all by in-form Ebusua Dwarfs at the Agyemang Badu Park at Dormaa Ahenkro.

Seidu Gyamfi put Dwarfs ahead in the first half before Joseph Mugri got the equalizer in the second half.

At the Gyamfi Park in Bekwai, Stephen Manu's two first half goals ensured that second-placed Bechem Chelsea went home with no point.

As at the time of going to press, the Asante Kotoko and King Faisal match at the Baba Yara Sports Stadium was ongoing.

US$170 million Judgment Debt: Prosecute signatories to GPGC ...
30 minutes ago

Accra: Dumsor timetable for 22 days out
32 minutes ago