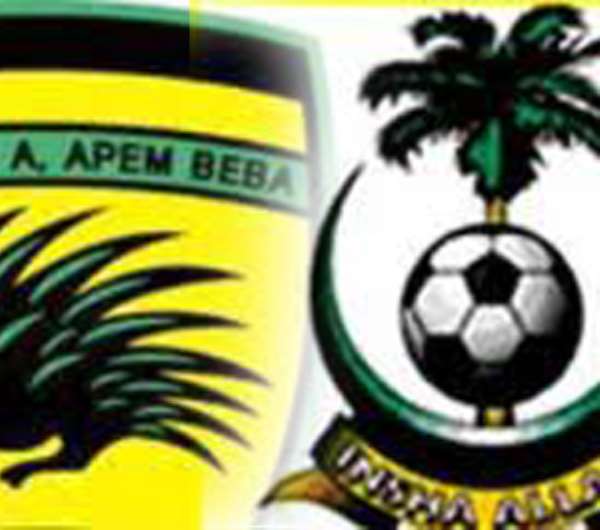 Kumasi Asante Kotoko will face their toughest test of the season when they lock horns with city rivals King Faisal in their Glo Premier League week-eight clash on Sunday at the Baba Yara Stadium, Kumasi.

King Faisal have carved a niche for themselves as a bogey club of the Porcupine Warriors since joining the elite division over a decade ago and this weekend's encounter is largely expected to follow that trend.

Irrespective of their form, Faisal has always been a hard nut for Kotoko to crack and despite languishing a place above the depth of the standings, the Porcupine Warriors will still be in for their biggest test yet.

Faisal have so far managed just a solitary win in the seven-week-old premiership largely due to the fact that they have some key players including central defender Daniel Addo, striker Frank Acheampong and speedster Enoch Ebo Andoh, all expressing the desire to seek fresh challenges outside Kumasi.

The trio were instrumental when Faisal licked Kotoko by a lone goal in their last meeting at the same venue and their absence is widely expected to affect the chances of the Alhaji Gruzah boys.

Their off-colour performance has led to the sacking of Serbian tactician Moncilo Medic after only six games in charge, with former Hasaacas trainer Henry Wellington taking over in a stop-gap role.