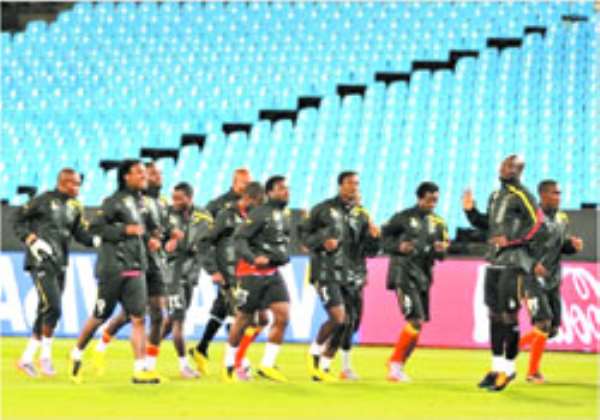 By: Kofi Owusu Aduonum
Some members of the Black Stars at trainning during the South Africa 2010 World Cup

A quarter-final finish at the World Cup has culminated in Ghana gaining nine places in the FIFA/Coca-Cola World Ranking.

The Black Stars are now placed 23 on the world ranking table from the 32 last held, as the first ranking after the 2010 World Cup was released yesterday by FIFA.

Ghana are now Africa's second best side behind Egypt, after picking up some 74 more points to tally at 874 points.

In the overall rankings, new world champions, Spain, overtake Brazil at the top and are followed by the Netherlands, with the South American side now in third and Germany coming fifth.

The positions on the table have been influenced largely by the results of the 2010 FIFA World Cup in South Africa.