By Michael Oti Adjei for JoyOnline 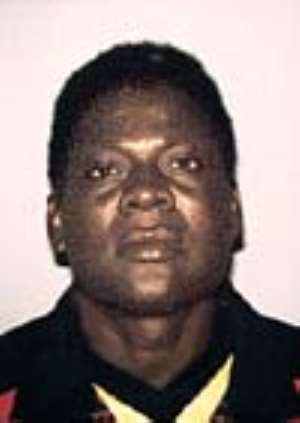 Ex-Asante Kotoko coach, Sam Arday says Kumasi Asante Kotoko must approach the Africa Cup Winners Cup second leg match decider against WAC of Morocco with the attitude of a team, which is three goals down. Arday told JOY FM's Sports Link Programme that it would be the Porcupine Warrior's surest route to victory.

Despite losing 0-1 in Casablanca in the first leg, Kotoko has been tipped as favourites to win the second leg decider on December 8th and bag their third major continental trophy after Champions Cup wins in 1970 and 1983.

While Arday, the man who led Kotoko to their last African Cup final in 1993 shares that view, he says Kotoko would be making a grave mistake if they allowed the view of the pundits to get into their head. “I am warning Kotoko. WAC would be difficult in Kumasi. They have to go into the game with the attitude of a side 0-3 down and set out from the start to cancel the deficit”.

Arday speaks from experience. In 1992, he led a Kotoko side that included the likes of Maxwell Konadu, Frimpong Manso and Kwasi Appiah to a 2-1 win over Ivorian side ASEC MIMOSA in Abidjan. The second leg was considered a forgone conclusion by most Kotoko fans but the Kumasi Stadium was stunned in silence as ASEC scored 3 goals to win 3-2 in Kumasi and qualify for the semi-finals on the away goal rule.

So painful was that defeat, Arday prefers not to talk about it. He insist however that Kotoko would be better off taking a leaf out of that lesson before the Wydad second leg.