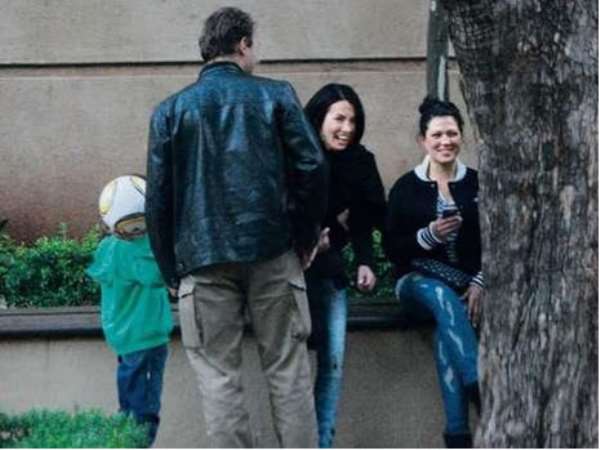 Mesut Özil's girl friend Anna Maria and Jerome Boateng's partner Sherin were sat chatting on Church Street in Pretoria. They talked and joked with two guys. But who were the mystery men?

In turns out they were bodyguards from a company called Men-Sec. hired as security by the German Football Association, (the DFB) which thinks of everything in South Africa, including the well-being of its player's sexy partners.

Anna Maria Lagerblom, who is training to be a physiotherapist, was at the first World Cup game in Durban, and is travelling with her son Montry (5). Boating's Sherin Sendler, who is studying fashion, met the group this week in Pretoria.

All the partners of the Germany players are staying together at the luxury five stars Sheraton Pretoria for around €600 per night.

The hotel itself is considered safe and protected.
YET still the Football Association (DFB) and the players want to know the girls are protected on tours of Johannesburg and on drives within about 45 minutes of the city limits.

According to the German News more WAGs are expected in South Africa for the rest of the World Cup in the coming days, including Thomas Muller's wife Lisa.