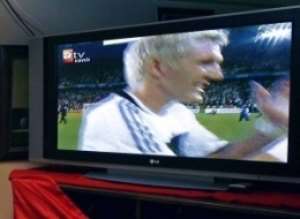 Gunmen believed to be from a radical Islamic group in northeast Mogadishu, Somalia, shot two people dead during an impromptu raid on a house where people were watching a World Cup match Saturday night, Reuters reports.

A witness told reporters that masked militants "stormed into the house" and open fired at the World Cup viewers, killing two instantly. The militants rounded up about 10 other fans, but left the bodies in the home, the witness said.

The incident came on the heels of a national ban on viewing "un-Islamic" World Cup games made by the local militia group al Shabaab, which controls much of south and central Somalia by force. By al Shabaab's logic, the championship interferes with the group's plan to overthrow the government, because Somali citizens are too preoccupied with the games to fight on their behalf.

Other militant groups have also professed their disapproval of the World Cup.

"Football is an inheritance from the primitive infidels, and we can never accept people to watch it and we are directing a final warning to those who want to watch it," said Sheikh Mohamed Abdi Aros, a spokesman for Hizbul Islam, a group which has reportedly raided homes and detained at least 30 other World Cup fans in Afgoye, about 18 miles south of Mogadishu. He did not specify how the group -- which has also routinely banned music and dancing along with other sports -- intended to enforce the ban.

Thus far, neither of the two groups has claimed responsibility for the attack.

Despite the prohibitions, Somali soccer fans remained undeterred, and residents say they will continue to seek out various ways to skirt the ban, including the use of makeshift satellite dishes. As one Somali told the BBC, "I have one eye on the TV and other on the door, and the sound turned down."