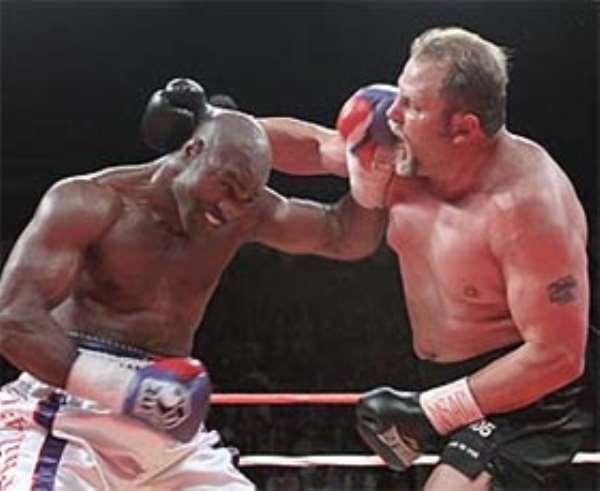 The 47-year-old knocked down Botha, 41, in the eighth round and although the South African beat the count, the fight was stopped soon after.

"I'm going to be the undisputed world heavyweight champion," he said.

Holyfield had been behind on two judges' cards 67-66 when referee Russell Mora halted the bout, while the third judge had it 69-64 for Holyfield.

But the veteran drew on his resources to land a big blow and he is confident he can emulate George Foreman, who was 45 when he regained the world heavyweight title 15 years ago.

Holyfield, who lost a majority decision to Nikolay Valuev in his previous contest, said he would now like to fight one of the Klitschko brothers, who hold three of the four major heavyweight belts.

The 'Real Deal' began his career at light-heavyweight and is a former world champion in both the cruiserweight and heavyweight divisions. He beat Foreman in 1991 in his first defence of the undisputed heavyweight crown he won by overcoming James 'Buster' Douglas.